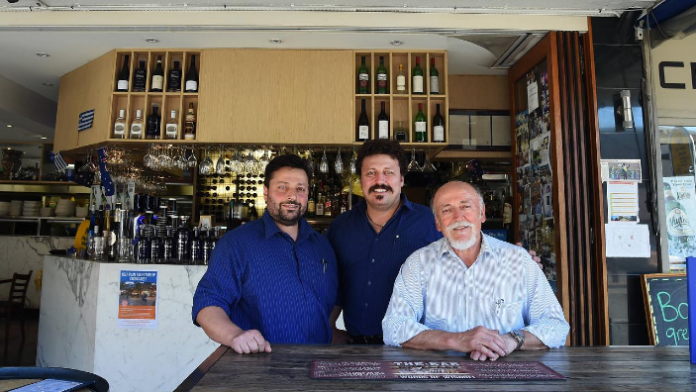 Finally there’s light at the end of the tunnel for the struggling hospitality sector as Freedom Day approaches in NSW on October 11.

But as cafes and restaurants prepare to reopen, dozens of hospitality jobs remain up for grabs as local businesses struggle to find enough staff to fill vacancies.

“We’ve had a board outside the restaurant for close to a month now saying we’re hiring and we’ve had maybe half a dozen people express interest,” he told The Daily Telegraph.

“Everyone is suffering at the moment and we’re having to lower the bar – normally we’d ask for people with experience but there’s no one out there.

“It’s difficult to get anyone with enough experience under their belt and willing to work the hours we need.”

Figures from the Australian Bureau of Statistics show 27 percent of Australian businesses were having difficulty finding suitable staff in a survey in June.

Mr Xenos said he believes the shortage is tied to international border closures and the fact that “people are scared to veer too far from where they feel comfortable at the moment.”

“You’ve also got big hospitality businesses throwing everything at staff to poach them – some are giving new recruits managerial roles in the hope they can get the services they need over summer,” Mr Xenos said.

But the Greek Australian remains hopeful the easing of restrictions in coming weeks will bring about renewed confidence in the job market.

“Hopefully it’s a confidence thing but whatever happens we’ll be open on October 11,” he said.

“We’ll be leaning on as many family members as possible to work in the restaurant if needs be.”