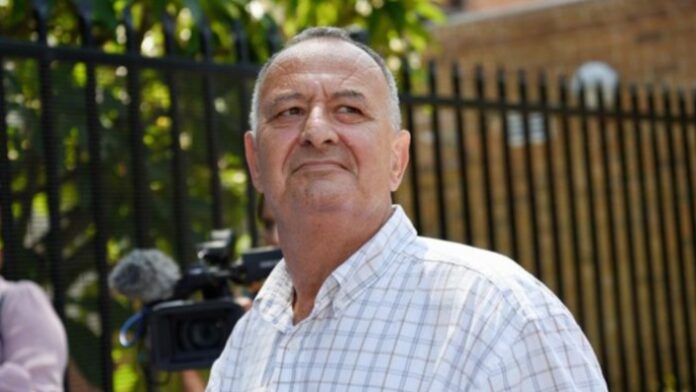 Disgraced former Labor MP and convicted paedophile, Milton Orkopoulos, has been slapped with more child sex charges, the list of fresh charges amounting to 23, according to The Daily Telegraph.

In Newcastle Local Court on Wednesday, an additional six new charges were laid against the 63-year-old relating to two alleged victims in the late 1990s, in Swansea and Belmont.

Court documents revealed Orkopoulos was charged with trying to pervert the course of justice by getting an alleged victim to sign a statutory declaration retracting an allegation of sexual abuse.

Other charges included three counts of sexual intercourse with a person between 10 and 16 and two counts of supplying cannabis.

The Director of Public Prosecutions (DPP) also told the court one additional charge relating to a separate victim was also expected to be added.

Six existing charges against the ex-Lake Macquarie councillor were also withdrawn which included cause child under 14 to participate in prostitution and sexual intercourse with a person between 10 and 16.

On June 15, Orkopoulos was arrested at Silverwater Jail over 15 fresh historical offences, where police allege the former Swansea MP sexually assaulted two young boys who were known to him on separate occasions in the 1990s, in Lake Macquarie and the Mid North Coast.

Some two months later, he was again charged with eight more offences against two young boys in Lake Macquarie between 1999 and 2003, before recent charges on Wednesday.

Released from Long Bay prison in December last year after spending 11 years behind bars for 30 child sex abuse and drugs offences, Orkopoulos was sent back to jail after breaking his parole conditions on two occasions.

A week ago, Orkopoulos was sentenced to a two-year community corrections order (CCO) after he pleaded guilty to one count of breaching his parole conditions, with a further four charges of breaching parole taken into account.

Orkopoulos used a mobile phone to download Instagram and follow soccer star Cristiano Ronaldo, and used a fellow resident’s mobile to speak with an 11-year-old relative and call his sister.