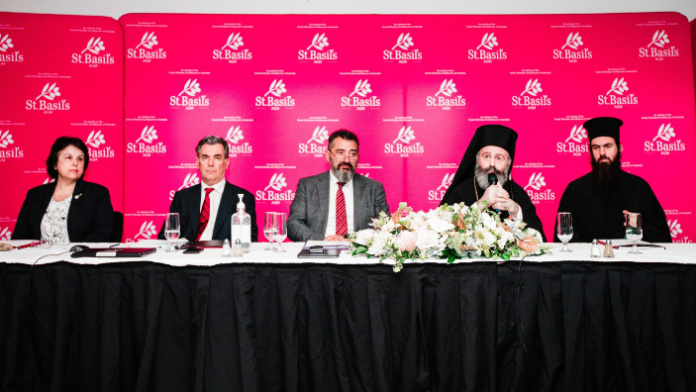 The Board of Directors at St Basil’s Homes NSW/ACT have been re-elected at the organisation’s Annual General Meeting (AGM) on November 30, 2021.

The organisation’s members re-elected James Jordan as Chairman, Dr Theo Penklis, Greg Gav, Spiros Arvanitakis and Kos Dimitriou to the Board of Directors.

Maria Kokkinakos, who has served the organisation as Director since 2012, retired from her Board position at the AGM.

The new Board will be under the leadership of His Eminence Archbishop Makarios of Australia and will be responsible for implementing the recently released St Basil’s “five-year strategic plan.”

According to a press release, this plan “involves ambitious plans to bring joy and quality care to more ageing Australians as well as to look to continuous improvements across all of its services.”

The Board will also be tasked with establishing the organisation’s vision, mission and values underpinned by the Aged Care Quality Standards.

“Our organisation will continue its mission to deliver quality services that support the individual needs of ageing Australians, including Greek Australians,” Chairman, James Jordan, said at the AGM.

Mr Jordan also thanked Ms Kokkinakis for her selfless dedication and contribution to enhancing the organisation through her expertise in the health sector.

St Basil’s Aged Care NSW/ACT is an activity of the Greek Archdiocese of Australia and cares for ageing Australians across Sydney and the ACT.