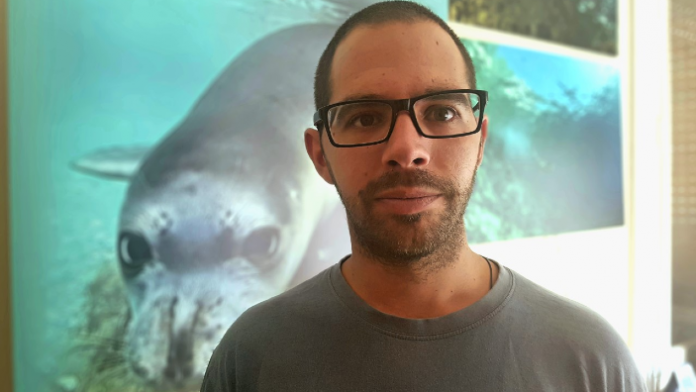 Marine biologist, Kimon Koemtzopoulos, will present an online lecture entitled ‘The Mediterranean monk seal, the rarest pinniped in the world,‘ on Thursday 21 October at 7pm, as part of the Greek History and Culture Seminars, offered by the Greek Community of Melbourne.

The Mediterranean monk seal, once abundant and widely distributed, is the rarest pinniped in the world today with no more than 800 individuals globally. Greece hosts over 50% of its remaining population in the last stronghold of the species in the Mediterranean.

MOm/ Hellenic Society for the Study and Protection of the Mediterranean Monk Seal has been studying this enigmatic species for over 30 years. This presentation is a summary of knowledge gained on its biology and on results achieved in its conservation.

Kimon Koemtzopoulos is a marine biologist (MSc) specialising in marine mammals, specifically the dolphins of Greece and the Mediterranean Monk Seal.

The lecture will be presented in English.

The event will be simulcasted YouTube Live, Facebook Live, and Twitter Broadcast. You don’t need an account to watch the live broadcast with any of the above services. However, if you want to participate in the Q&A at the end of the seminar you’ll need an account with the equivalent service in order to post your question in the comments / chat.