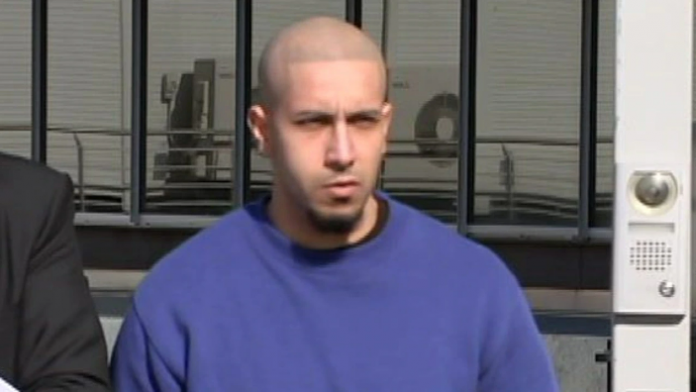 Axel Sidaros could be out of jail by the middle of next year, after he successfully argued for another charge against him to be dropped, according to ABC News.

Sidaros, 25, is the only person convicted over the fiery shoot-out between rival bikies at a Canberra home in 2018.

CCTV footage of the 2018 incident shows three men sneaking into the backyard and then firing into the house of former Comanchero boss Peter Zradkovic. Mr Zradkovic, who lost the top of a finger in the shoot out, can be seen firing back as he runs out of the house.

The incident ended after petrol poured around cars in the drive way ignited and exploded and the men fled.

Sidaros has been through two trials, two appeals, and has employed some of the best lawyers in the country in his effort to beat the charges against him.

He was originally sentenced to 14 years in prison for his involvement in the shoot-out, but that was cut to nine years and nine months after his second trial cleared him of an attempted murder charge.

On Monday, another charge of attempted arson with the intent of endangering the life of another person was dismissed from Sidaros’ sentence.

The appeal court has re-sentenced him to seven years in jail with a non-parole period ending in July next year.