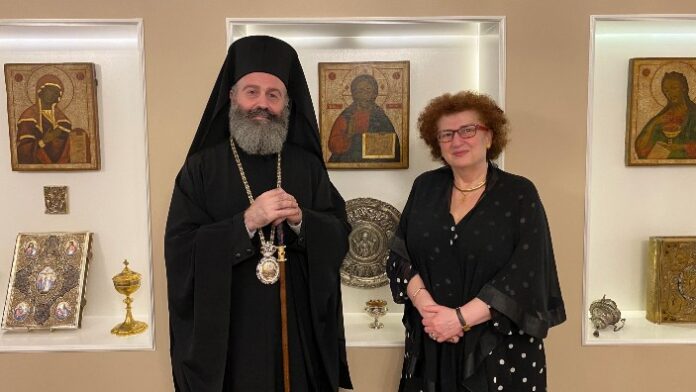 His Eminence Archbishop Makarios of Australia held a meeting in his office on Monday, May 3, with the High Commissioner of Cyprus in Australia, Martha Mavrommatis.

The meeting took place in a cordial atmosphere and there was an exchange of views on a number of issues of common interest, including the Greek diaspora in Australia.

Ms Mavrommatis also informed Archbishop Makarios of the results from recent talks held in Geneva by the Secretary General of the United Nations, Antonio Guterres, aimed at the peaceful resolution of the Cyprus problem.

After the meeting, Archbishop Makarios hosted a dinner for Ms Mavrommatis.