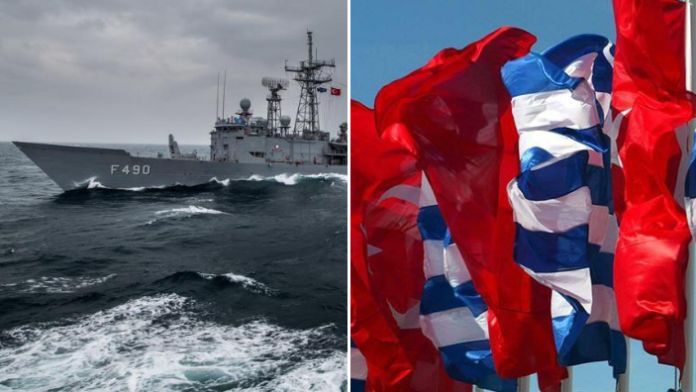 Greece said on Thursday it had protested to Turkey over its deployment of a research vessel in the Aegean Sea, in what it called an “unnecessary” move as the two NATO allies seek to resume talks over a long-standing maritime dispute.

An advisory issued by Turkey’s navy this week showed the research vessel Cesme would be conducting a hydrographic survey from Feb. 18 until March 2 in an area of international waters where both sides have potential interests.

The foreign ministry has made a verbal complaint, government officials said, adding the so-called NAVTEX advisory was illegal as it was issued from a station with no such jurisdiction.

After a five-year pause and months of tension over overlapping claims for energy resources in the Eastern Mediterranean and the Aegean last year, Greek and Turkish officials met in Ankara on Jan. 25 to discuss the delimitation of maritime zones.

The meeting in Istanbul ended after a few hours and the two countries, at odds over a number of decades-old issues including the extent of their continental shelves, have agreed to meet again in Athens.

Athens has sent an invitation to Ankara suggesting the talks resume in early March – ahead of a European leaders summit – and it is awaiting a response from Turkey, foreign ministry spokesman Alexandros Papaioannou told reporters.

Since 2002, the two countries have held dozens of rounds of talks to try to lay the groundwork for full negotiations over the issue. But obstacles remain, including what each side is willing to discuss.