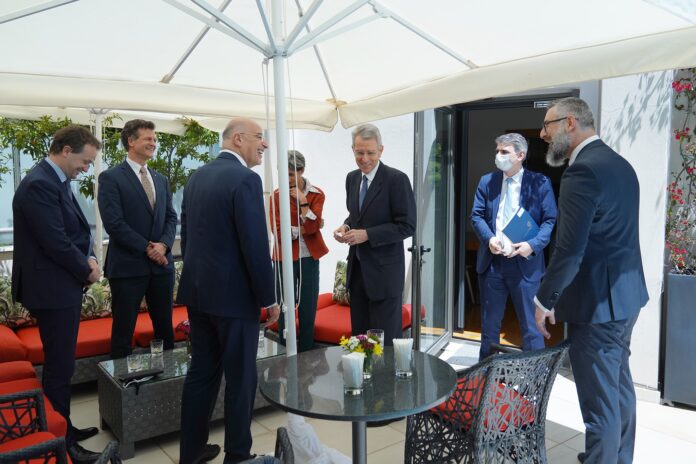 Australia’s Ambassador to Greece Arthur Spyrou met with Greek Foreign Minister Nikos Dendias and other Five Eyes Ambassadors on Friday to discuss the Greek diaspora and the situation in the Eastern Mediterranean.

The lunch function was an opportunity for each country to discuss bilateral relations with Greece, as well as exchange views on the growth of the Greek diaspora.

All ambassadors from the participating countries look to share great relations, with New Zealand’s Ambassador Anthony Simpson saying on Twitter the evening was filled with “charming company, and fascinating conversation”.

Similarly, US Ambassador to Greece Geoffrey Pyatt said the lunch was the perfect setting to “review many of the 5 eyes issues where our shared interests converge with those in Greece”.

The surveillance capabilities of the Five Eyes were used in the aftermath of the September 11 attacks on the World Trade Center and the Pentagon, as well as during the cold war.