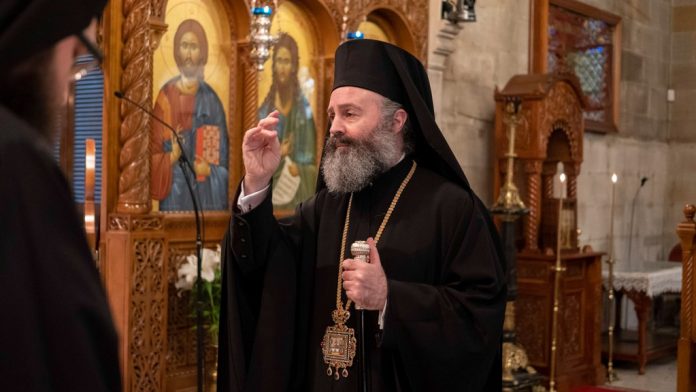 The proceedings come after Morelas published a series of articles alleging the Archbishop had misappropriated donations to fund a palatial apartment on Sydney Harbour and a luxurious lifestyle, whilst covering up sexual abuse and dealing in bribes.

The articles were published on Morelas’ Greek language news sites, Greek Flash News, and first appeared in August and September 2021.

The Archbishop’s barrister, Sue Chrysanthou SC, faced the court on Monday and said Morelas had no proof to back up claims His Eminence “funnelled” hundreds of thousands of dollars from three church fundraisers to help buy his $6.5 million apartment at Millers Point.

Ms Chrysanthou told the court the apartment was purchased in late 2019, months before the three fundraisers for the Black Summer bushfires, the fires in Greece and for Africa, were held.

In documents lodged to the Federal Court in April, Morelas’ defence team said they would rely on the “general reputation” of the Archbishop’s high-flying lifestyle, including first class airfares, his extravagant taste in clothes and his expensive religious garments, each rumoured to cost up to $30,000.

Lawyer Tim Sowden, who represented Morelas on Monday, said there was enough evidence ­to mount a defence of all four ­articles.

Ms Chrysanthou moved to have the journalist’s entire defence thrown out before the trial begins.

The claims are all denied by the Archbishop who said his “unblemished reputation” would be harmed by the defamatory campaign by Morelas.

The Archbishop is seeking damages and aggravated damages along with the removal of the blog posts.

The hearing was adjourned on Monday after it was revealed that Morelas had published additional material about the Archbishop over the weekend.

Justice Wendy Abraham will rule on whether the blogger’s defence can be taken to trial in the coming days or weeks.

Source: The Daily Telegraph and The Australian.