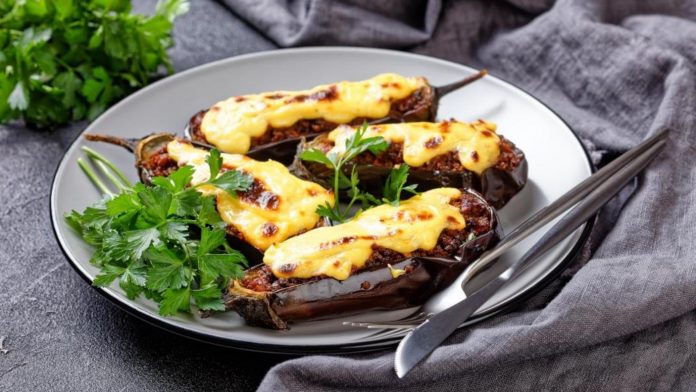 Melitzanes Papoutsakia (stuffed eggplants) is a traditional Greek dish, similar to Moussaka but not as well known.

The term Papoutsakia translates to “Little Shoes” in Greek, as the dish resembles the shape of
little shoes.

Papoutsakia is a simple meal to cook up, and we’re going to show you how to make it for your family.

How to make Papoutsakia (serves 4)

For the beef mixture: