‘Wogs Boys Forever’ to premiere in Melbourne and Sydney in September 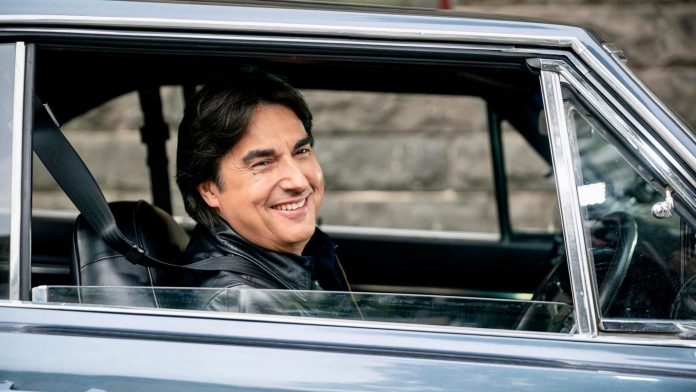 Grab your neck braces and tzatziki, Steve ‘The Wog Boy’ Karamitsis is back with his best mate Frank for the franchise’s third instalment: Wog Boys Forever.

If you’re a huge fan, exclusive previews of the film will also be available in Melbourne and Sydney, with Nick Giannopoulos performing live on stage before every screening.

The original ‘wog boys’ Nick and Vince Colosimo are back in Wog Boys Forever, and the film will also co-star Sarah Roberts and Sooshi Mango.

According to the synopsis, the film focuses on Steve (played by Nick) as he struggles through his mid-life years as a single taxi driver. Along the way, he tries to woo an ex-girlfriend Cleo (played by Sarah), and also comes up against a Minister for Immigration intent on revenge.

With the help of his long-time buddy Frank (played by Vince Colosimo) and his eccentric Italian neighbours Vince, Guiseppina & Pino (played by Sooshi Mango), Steve will once again be forced to fight the corrupt forces of evil and use all his wogboy street smarts to try and outwit a very powerful and ambitious woman, who will stop at nothing to destroy him and everyone he cares about.

At the end of the day, the time has come once again for Steve to show the whole world that “Where there’s a wog, there’s always a way.”

“Wog Boys Forever is the third part of the wog boys trilogy that will continue to address the continuing socially relevant themes around identity and what it means to be an ‘Aussie’ in 2022,” Nick said in a press release.

“The casting of ‘Wog Boys Forever’ reflects the true cultural diversity of this country in 2022 and will feature characters and locations that reflect the multilingual urban Australia that these characters call home.”

Find out more details about the upcoming film here.