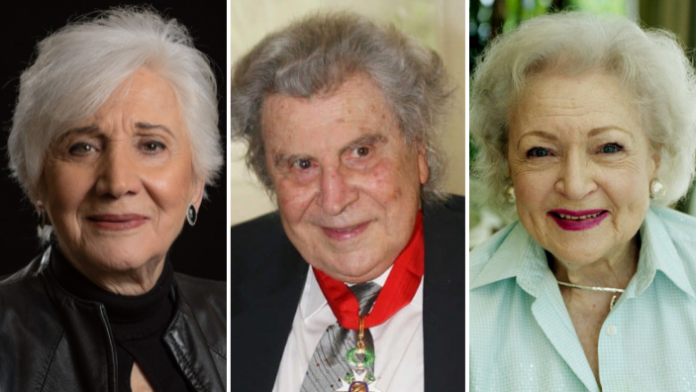 Greek composer, Mikis Theodorakis, as well as actresses, Olympia Dukakis and Betty White, all featured in a special ‘In Memoriam’ video at the Oscars this year.

The ‘In Memoriam’ segment is one of the Oscars’ most cherished traditions as it honours industry veterans who have died over the course of the year.

Theodorakis died on September 2, 2021 at age 96 in Athens. During his sixty-year career, Theodorakis wrote over 1,000 songs, many symphonic works, music for dozens of plays and tragedies, operas and music for the cinema.

Dukakis, a Greek actress who won an Oscar for her role as an overbearing mother in the romantic comedy “Moonstruck,” died on May 1, 2021 at the age of 89.

White, who’s maternal family hails from Greece, passed away on December 31, 2021 just three weeks shy of her 100th birthday. The Emmy Award-winning comic actress was a TV fixture for decades.

White was best known for playing a man-hungry TV hostess on The Mary Tyler Moore Show in the 1970s and a ditsy widow on The Golden Girls in the 1980s.

All three are among a long list of other iconic stars which featured in the ‘In Memoriam’ video including Sidney Poitier, the first black winner of the Best Actor Oscar, who died in January 2022 at 94 years of age.