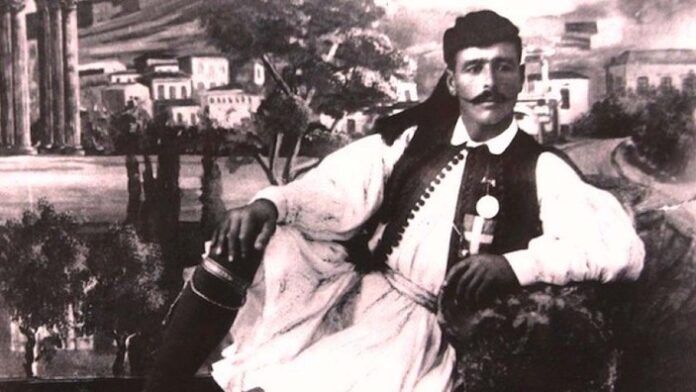 In 1896, Spyros Louis made Greek sporting history as the victor of the marathon race at the very first modern Olympic Games in Athens.

Spyros Louis was born on January 12, 1872 in Maroussi, Attica, from a poor rural family. When he conducted his military service as an early adult, he was distinguished for his endurance, surprising his superiors.

In March, 1896, the first celebration of the modern Olympic Games took place in its ancient birthplace: Athens. Spyros, encouraged by his commander Major Papadiamantopoulos, who was also a sports judge, entered ‘through the window’ to take part in the marathon race.

Spyros spent majority of the race in the bottom half of the ladder, with French athlete Albin Lermusiaux and Australian Edwin Flack battling it out for the title. Yet to the audience, and the competitors, surprise, a messenger was sent out to spread word that it was a Greek that led the race. The cry “Hellene, Hellene!” was taken up by thousands of spectators. Louis was the first one to cross the finish line, to the surprise of his opponents.

The athletic Greek soldier ran without any preparation and managed to prevail over his opponents, cheered by 80,000 spectators who had flooded Kallimarmaro.

Following his victory, rumours circulated that he had cheated and taken part of the route on a cart, yet the rumours were never confirmed. After receiving his laurels, Spyros settled as a farmer and lived a quiet life in Maroussi.

Spyros made appearances at multiple sporting events as an official guest, always being applauded with admiration. On August 1, 1936, he was invited by Hitler to the opening ceremony of the Berlin Olympics. Spyros attended the ceremony and reportedly offered Hitler an olive branch as a symbol of peace.