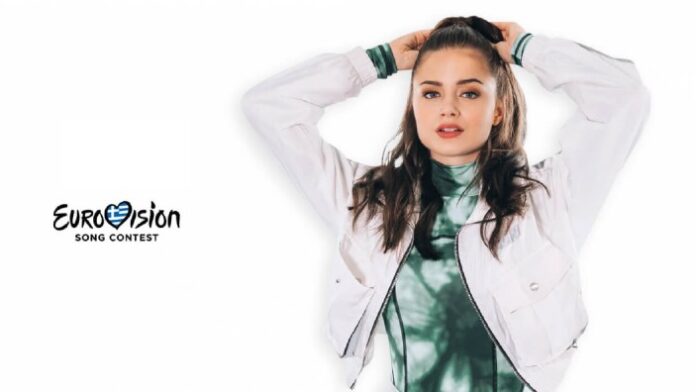 Greece, represented by Stefania Liberakakis, have released their entry for the Eurovision Song Contest 2021.

ERT premiered the 18-year old Dutch-Greek singer’s entry, Last Dance, on Wednesday and it takes listeners back to the 1980s, while throwing in a nod to ancient Greek mythology for good measure.

RELATED: Stefania to bring back 80s pop with ‘Last Dance’ at Eurovision 2021.

“Last Dance is a very up-tempo track, but it manages to maintain the sensitivity and melody that are usually lost in very dynamic songs,” Stefania told local media.

The Eurovision entry is written by a team of Eurovision veterans including Dimitris Kontopoulos (You Are The Only One and Shady Lady), Greek production team Arcade and Sharon Vaughn (Scream and Waterline).

Many are calling it a ‘successful return’ to the competition after Stefania’s performance of Superg!rl for last year’s Eurovision was called off after the cancellation of the contest due to the coronavirus pandemic.

“Our whole team believes a lot in our song that we have this year. A prediction does not make sense. We put all our efforts to have an excellent stage presentation and we want Greece and the Greeks wherever they are to feel proud of the result they will see,” Stefania says.

Greece will take part in the first half of the second semifinal. Up until 2016, they had always qualified for the final. However, both Argo and Yianna Terzi failed to make the cut. Can Greece return to their fortunes?

Let us know your thoughts!