On This Day in 1931: Greek singer, Stelios Kazantzidis, was born 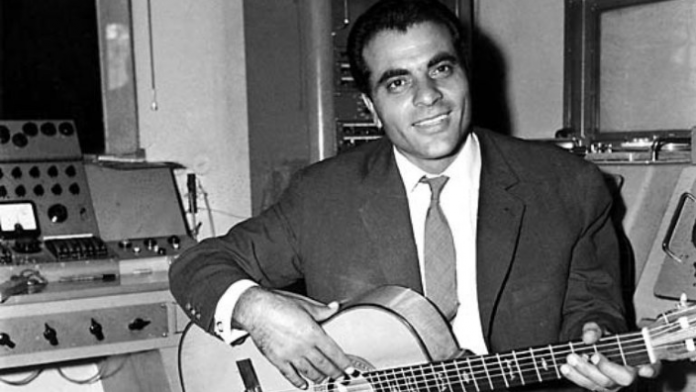 One of the most beloved Greek music performers of the modern era, Stelios Kazantzidis, was born on this day back in 1931. The singer was mostly known for his heavy voice which gave a modern spin to the traditional rembetika, seeing him quickly rise in popularity and spark a whole new wave of musicians.

Some of his most well-known tracks include “Afti I Nihta Menei” (“This Night Remains”), “To Poukamiso”, (“The Shirt”) and “Prosefhi” (“Prayer”). Written below are six of the most important facts that you should know about the artist.

1. He was born and raised in the Athenian suburb of Nea Ionia, where he began working at a local factory. One day, his boss, who believed in young Stelios’ vocal skills, gifted him with a guitar for his birthday and that was all it took for his musical career to take off. One day, a local tavern owner heard Kazantzidis play the organ while singing and recommended he come and play at his restaurant to entertain the customers.

2. His first track recording was entirely unsuccessful. It was a song for Columbia Records dubbed “Gia Mpanio Pas” (“You’re Going For A Swim”). It was his second, a song written by Giannis Papaioannou called “I Valitses” (“The Suitcases”) that helped elevate his career as an artist.

3. Kazantzidis was also quite popular with the opposite sex. In the late 50’s, he was engaged to fellow musician Kaiti Gkrey, while further down the line he would tie the knot with Marinella. Neither of those relationships were meant to last however, yet his third marriage with Kyra-Vasso, was the one meant to last.

4. At 1965, while Kazantzidis was at the highest point of his career, he made the decision to pull away from all live performances and acts, something that he stuck with until the end of his life. He continued to release albums however, which remained highly successful.

5. Kazantzidis was a musical icon for the people of Israel, with many of his tracks being translated to Hebrew. As some journalists from the country have pointed out, the reason behind this was the performer’s impeccable ability to combine joy with sorrow in his songs. Kazantzidis also sang in Turkish.

6. He passed away on September 14 2001 due to a brain tumor, with the entire nation mourning his loss.