On This Day: Greek heroine of the resistance, Ilektra Apostolou, was born 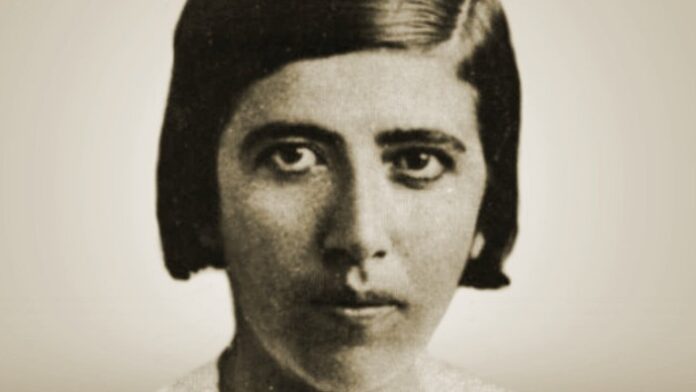 On this day in 1911, little-known Greek heroine of the resistance, Ilektra Apostolou, was born. To mark the occasion of her birth, we take a look back at her incredible life.

Ilektra Apostolou was born in 1911 in Iraklion-Attikis, a suburb of Athens. She received her secondary education in a German-language school in Athens.

At age 13, she became a passionate Communist and joined the Greek Communist Youth League, a decision that shocked her middle-class parents.

Revolutionary sentiments were strong in her generation, and her brother Lefteris Apostolou (1903–1981) became an important Communist leader at the same time.

Ilektra formed a small group that sent financial assistance to exiled Communists and their families.

From 1931 to 1933, Ilektra gained organisational experience as director of a factory workers’ club. Remaining a Communist, she devoted virtually all her time to revolutionary political activity.

In 1935, she represented the Greek Communist movement as a delegate for Greek women at the International Conference against Fascism held in Paris. She traveled to several European countries to meet with Communists and other anti-Fascist youth leaders.

Back in Greece, she spread the message that the growing threat of Fascism was an enemy all working men and women must fight.

In 1936, General Metaxas established a Fascist dictatorship in Greece, promising its conservative supporters to crack down hard on the Marxist menace. The anti-Communist intelligence office in Athens regarded Ilektra one of the most potentially dangerous leaders of the younger generation of Communists.

Shortly after Metaxas came to power, she was arrested and sentenced to two years’ imprisonment for disseminating subversive “anti-Greek” literature.

Unbroken in captivity, she gave lectures to her fellow inmates. Ilektra had newspapers smuggled into her cell so that she could remain informed of the worsening political situation in Greece and the world at large.

After a short period of freedom, she was arrested again in 1939 and sent to the distant town of Anaphi. She had been married briefly to a doctor who renounced his Communist beliefs after arrest, ending their marriage.

Her daughter Agni was born in Anaphi during the end of that relationship. The harsh conditions of her imprisonment exacerbated her deteriorating health, and Electra was eventually transported to a prison hospital in Athens. In 1941, she made a bold escape from this hospital.

Actions during the Greek Revolution and Death:

By this time, German forces occupied Greece, and it was difficult for Ilektra to evade capture. In the spring of 1941, patriotic Greeks—incensed by their harsh treatment at the Nazis’ hands—began to actively resist.

From June 1942 to February 1943, Ilektra led a resistance organisation of young Greek anti-Fascists who called themselves the “New Freedom” group. A militant Marxist revolutionary, one of her tasks was to weed out individuals likely to succumb to Fascist blandishments or torture.

In 1943, Ilektra was instrumental in founding EPON, the youth movement of EAM or National Liberation Front. The Communist Party created this liberation organisation to lead Greeks of all political sides in a broad-based struggle against Nazi occupiers and their Greek stooges.

In 1944, Ilektra’s luck ran out and she was arrested by the Greek version of the Gestapo. Despite horrendous torture, she revealed nothing about her organisation or its members.

When it became obvious that she would never provide intelligence of any value, Ilektra was executed on July 26, 1944.

Her brother Lefteris, himself a leader in the Communist resistance movement, was also arrested by the Germans. He escaped and was never recaptured, living until his death in Athens in November 1981 at the age of 78. In honour of his martyred sister, Lefteris Apostolou named his daughter Electra.