On This Day: 17 Greek tourists tragically lost their lives in the 1996 Cairo shooting 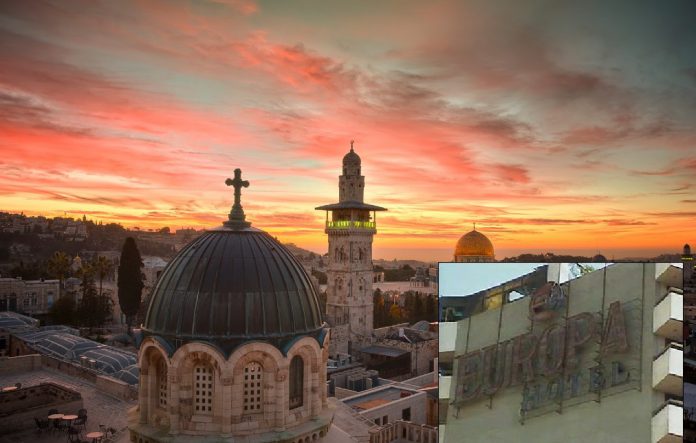 While we celebrate this year’s Greek Easter service, we remember the 17 Greek tourists who tragically lost their lives during a trip to the Holy Land sites for Greek Easter in 1996.

At 7am on 18 April 1996, four Islamists carried out a mass shooting against a group of 88 Greek tourists outside the Europa Hotel in Cairo, Egypt. The shooting resulted in the death of 17 Greek tourists and an Egyptian tour guide, with another 15 injured.

Having just finished breakfast, about to head off on a bus to Alexandria, the four attackers drew up in a white van outside the Europa Hotel. The men opened fire indiscriminately on the Greek tour group, killing a total of 18 people.

A Greek tour guide said had it not been for the fact that the bus provided some cover, many more would have been killed, the BBC reports.

Before that attack more than 920 people, including 26 foreigners, had been killed in political violence in Egypt during the past four years.

Greek Orthodox Holy Land tours remain very popular for the Greek faithful, with many travelling through the Holy sites for 7-14 days.

Share
Facebook
Email
Twitter
Pinterest
Linkedin
WhatsApp
Viber
Print
Previous articleTGH Exclusive: Archbishop Makarios says we will all celebrate together again when Churches reopen
Next articleVasili’s Taxidi: As the Family Grows, So Does The Family Business