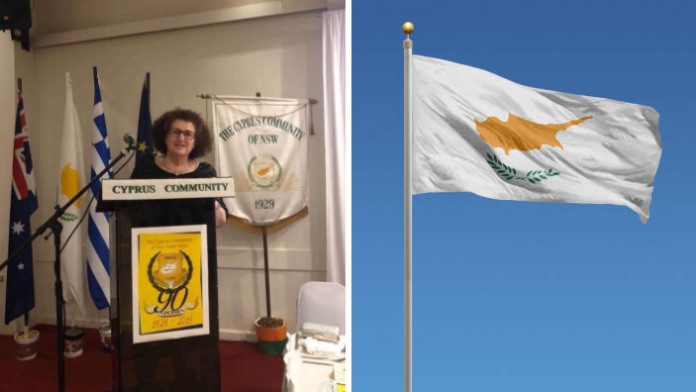 This year marks the 61st Anniversary of the founding of the Republic of Cyprus. On this auspicious occasion we pay tribute and honour all those who fought courageously and heroically and made
sacrifices to end the British Colonial rule.

The Republic of Cyprus was founded on 16 August 1960 – following the glorious liberation struggle
of the National Organization of Cypriot Fighters (EOKA 1955-1959) – as a result of the Zurich-London agreements. The newly formed state with Archbishop Makarios III as its first President and Turkish Cypriot Fazil Kucuk as its Vice President, begins a period of achievements and great progress. The Republic became a member of the UN and other international Organizations as well as a member of the European Union in 2004.

Unfortunately, the peaceful and prosperous course of the Republic of Cyprus was disrupted with the
bi-communal conflict in 63-64, followed by activities by extremist elements, the 1974 treacherous
coup and the barbaric and illegal Turkish invasion.

From 1974 onwards we are going through an unacceptable situation, with the violent displacement
of 40 per cent of our people (200,000), the ongoing military occupation of 37% of the territory of the Republic of Cyprus, with the presence of more than 40,000 Turkish soldiers and the alteration of the demographic character of the Island through the systematic settlement of our occupied territories.

The Cyprus issue is an international problem of invasion and occupation and we are diplomatically
seeking for a functional and viable solution, based on the relevant United Nations resolutions.

As our President Mr Nicos Anastasiades reiterated a few days ago during his speech at the 76th
Session of the UN General Assembly “For us, there is only one plan: to reach a settlement on the
basis of bi-zonal, bi-communal federation with political equality, as set out in relevant UN Security
Council resolutions and in line with the principles on which the EU is founded.

A settlement that will lead to a functional and viable State, without the obsolete System of Guarantees, the right of intervention, the presence of Turkish troops, or any kind of foreign dependencies. A settlement that will equally benefit all Cypriots, Greek Cypriots and Turkish Cypriots, fully respecting their human rights and contributing to the peace and stability of the region.”

I would like to take this opportunity to express our gratitude to the Greek Government, to the Cypriot and Greek Diasporas and our Community mass media for all their support in our struggle to
end the Turkish occupation and to reunify Cyprus, the Island of the Saints. Especially I would like to
congratulate the “Greek Herald” celebrating this year its 95th Anniversary and express our
appreciation for all their valuable contribution to our Community. Furthermore I would also like to
express our appreciation to Australia for its ongoing principle stance on the Cyprus issue.

Dear friends, we are currently going through very difficult and challenging times due to the restrictive measures that have been imposed to combat the COVID-19 pandemic. We are optimist
that the measures will be lifted soon and we will again meet with our loved ones, family, children,
relatives, grandparents and friends.

Let us hope that next year we will celebrate our Independence Day in a Free and Reunited Cyprus. A
Cyprus for all Cypriots, Greek Cypriots, Turkish Cypriots, Maronites, Latins and Armenians.

Sincerely yours,
Martha A. Mavrommatis

Cyprus was once under colonial rule and enslaved. It was a colony of Great Britain from 1878 until 1960.

In the early 1950s, some brave inhabitants of Cyprus decided to struggle for the independence of their country from Great Britain. Many wanted to achieve unification, or enosis, with Greece.

As a result, they became involved in a prolonged, and often fierce, battle with the British administration.

Although EOKA included only a few hundred active guerrillas, it enjoyed wide support in the Greek Cypriot community and was able to tie down about 10,000 British soldiers.

The agreement between Greece, Britain, Turkey, and Cyprus was signed in Zurich and finally came into effect on 1st October 1960 – marking Cyprus Independence Day.

Under the agreement, Britain kept two sovereign military bases in Cyprus, which it continues to maintain to this day.

Soldiers from Greece and Turkey were also to remain present on the island in a bid to keep the peace.

And, under the new constitution, Greek Cypriots would elect a president from their own ethnicity and Turkish islanders would vote for a vice president from among theirs.

Archbishop Makarios III, who was exiled during the guerrilla war, was elected the first head of the new independent state while Fazıl Küçük became his deputy.

READ MORE: On This Day: Cyprus officially declares independence from the British.