Greek National Opera arrives on the international stage with Wozzeck 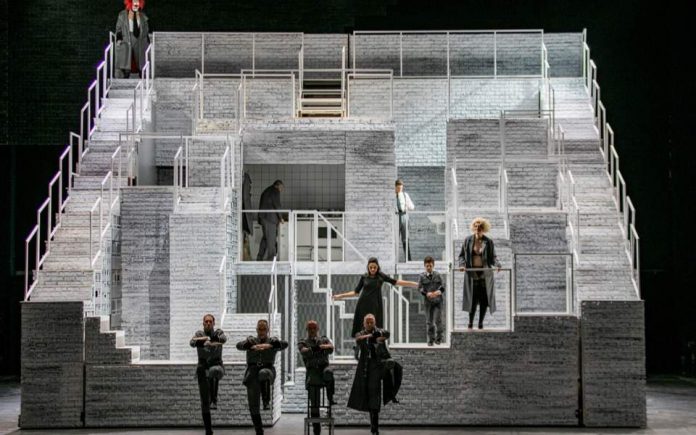 Greek National Opera (GNO) moved in two years later and now, with a four-year grant of €20m, the company is raising its profile by expanding the repertoire, sourcing top soloists and taking on international co-productions.

At the same time, by cultivating Greek singers, commissioning operas locally, launching a choir featuring refugees and keeping ticket prices low, it remains a company for the city.

This major new production of Alban Berg’s Wozzeck is the first in the company’s history. The production suggests that GNO intends to challenge audiences.

In the title role, the internationally acclaimed Greek baritone of the GNO, Tassis Christoyannis, will sing for the first time one of the most taxing roles in the modern repertory.

It recounts scenes from the miserable life of soldier Wozzeck in a village. When his wife cheats on him, Wozzeck kills her and after that, in his attempt to cover his tracks in a state of delirium, he drowns in a lake.

The opera will be conducted by Vassilis Christopoulos, one of the most important conductors of the younger generation, who has conducted with great successStrauss’ Elektra -for the GNO official opening at the SNFCC premises in October 2017-, as well as Shostakovich’s Lady Macbeth of Mtsensk in May 2019.