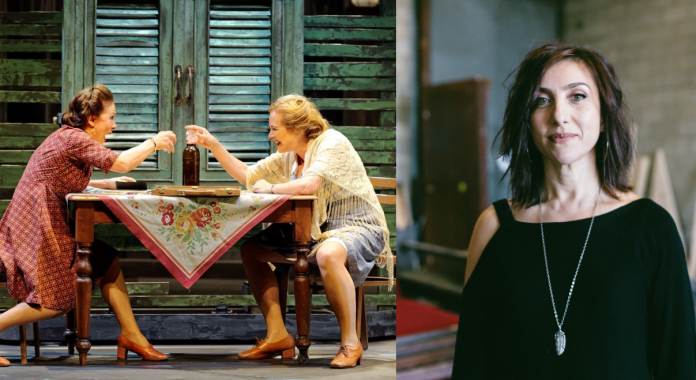 State Theatre Company South Australia and Country Arts SA are making the 2018 production of The Gods of Strangers by Elena Carapetis available to stream online in Australia from 22 June to 29 June, 2020.

Inspired by the oral histories of Greek, Cypriot and Italian migrants to regional South Australia, The Gods of Strangers explores the untold struggles of belonging, identity and family in post World War II Australia.

Featuring Dina Panozzo, Renato Musolino and Eugenia Fragos, this multicultural drama was written from the heart by Greek Cypriot Elena Carapetis and as a result, it has received critical acclaim.

“This play is destined to become a contemporary classic of Australian theatre,” writes The Upside News.

With such high praise, there’s no doubt The Gods of Strangers is not to be missed when it streams online for a limited time. If you want to gain access to the streaming link please sign up here.

It’s 1947. Two women in Port Pirie greet unexpected guests at their doors. At one, there’s a man looking for shelter, work and to leave his past behind him. At the other, a woman seeking someone she has lost and something that was stolen from her.

It is said that if a stranger knocks on your door, you let them in – they could be a god in disguise. But, what do they bring in with them?

The Gods of Strangers is a trilingual performance. It will be performed in English, with sections of the play being performed in Greek and Italian with English subtitles.