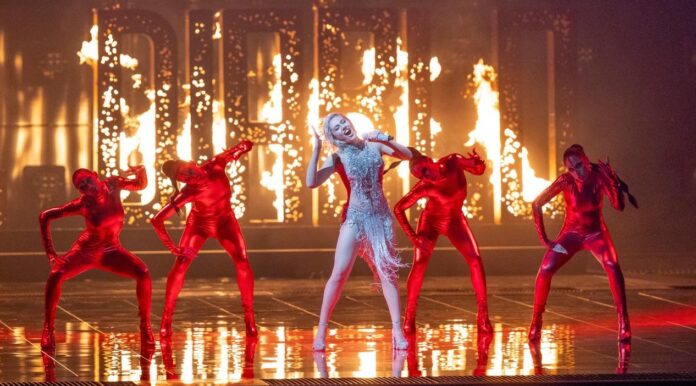 Cyprus qualified for the grand final of the 65th annual Eurovision Song Contest while Australia’s pre-recorded video performance failed to progress past the first semi-final round.

Born in Athens in 1994, at the age of 14 she took part in the talent show ‘Greece Got Talent’, reaching the semifinals. Throughout the years, she has performed on the biggest music shows in Greece and Cyprus, at a number of concerts and she has collaborated with many other famous Greek artists such as Konstantinos Argyros and MELISSES.

Her Eurovision song ‘El Diablo’, which is heavily influenced by Swedish singer and songwriter Zara Larsson’s ‘Love Me Land’, earned great audience reception upon release, clearly gaining the attention of the Eurovision audiences as well.

Alongside Cyprus, Norway, Israel, Russia, Malta, Azerbaijan, Lithuania, Sweden, Belgium and Ukraine made it through to the Grand Final. Excluded from this list is Australia, who to failed to reach the final since the country’s debut in 2015.

Australia were represented by Montaigne’s song ‘Technicolour’, which was performed via a pre-recorded video.

Although dazzling audiences with technicolour lighting and eye-catching choreography, Montaigne didn’t get a majority vote and was sent out of the competition in the semi-final round.

Greece, who will be taking part in the second semi-final round, are represented by Stefania Liberakakis who will be performing her hit ‘Last Dance’.

The Eurovision entryis written by a team of Eurovision veterans including Dimitris Kontopoulos (You Are The Only One and Shady Lady), Greek production team Arcade and Sharon Vaughn (Scream and Waterline).

“Our whole team believes a lot in our song that we have this year. A prediction does not make sense. We put all our efforts to have an excellent stage presentation and we want Greece and the Greeks wherever they are to feel proud of the result they will see,” Stefania told local media.