199 years since the first Greek newspaper publication in liberated Greece 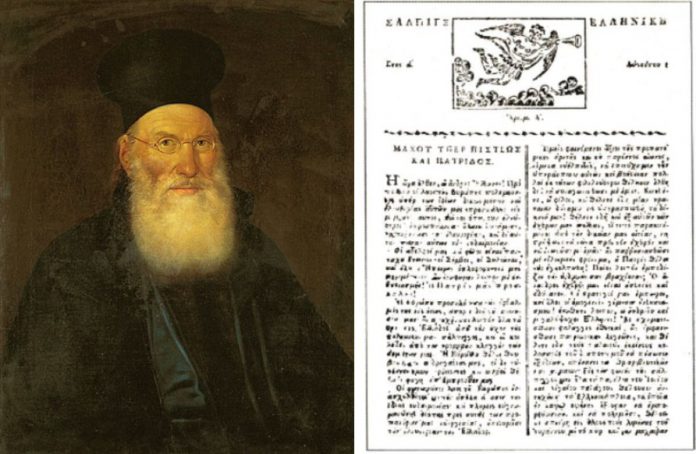 In Kalamata on August 1, 1821, the first issue of the newspaper “Salpinx Elliniki” (“Greek Bugle”) was published, becoming the first newspaper printed and distributed in liberated Greece.

After the outbreak of the Greek War of Independence, Greek scholar Theoklitos Farmakidishe approached Dimitrios Ypsilantis. Together, using printing equipment that Demetrios had brought to Greece from Trieste, they launched the ‘Greek Bugle’.

While being a historic milestone at the time, the Elliniki Salpinx did not run for long. Farmakidis departed after the publishing of the third issue, since he could not stand the interventions and preventive censorship.

According to Greek Reporter, the newspaper’s first issue included, inter alia, Alexander Ypsilantis’ note from February 24, 1821, regarding the revolution in Moldovlachia.

The second issue included Demetrios Ypsilantis’ announcement to the residents of Livadia, asking for them to leave the unarmed Turks unharmed. Finally, Greece’s call to other European countries, where it was made known that the Greek Revolution was underway, was published in the third issue.

Theoklitos later went on to take part at the National Assemblies of Epidaurus and Astros and later he taught in the Ionian Academy.