Valentine’s Day: Greek stories of love and devotion that lasted through time 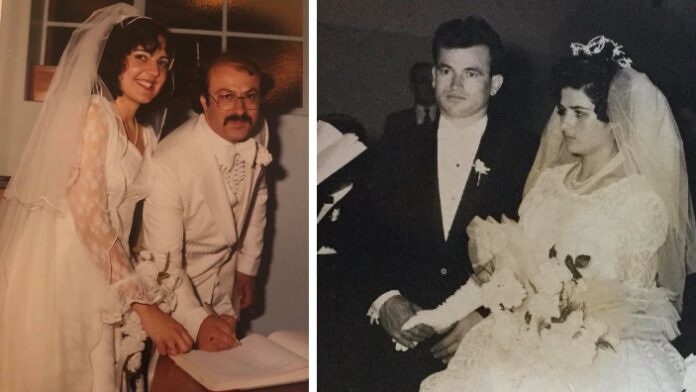 Valentine’s Day is celebrated every year on February 14. The ‘day of love’ isn’t just for young people or a way for florists to make a killing. It’s also a day to reflect on the long-lasting love and devotion some Greeks have enjoyed during their over forty years of blissful marriage.

As second and third generation Greek Australians, it fills us with pride to witness these successful stories of love and in turn, we typically try to replicate them in our own lives.

But is this ideal truly achievable?

To help out, The Greek Herald spoke with Greek couples, and at times their children, to find out their secrets to a lasting marriage.

Tina and Peter Photakis met at a Glendi Greek festival in Adelaide in the late 70s and they got married in December 1979.

“I was young. At the age of 21 I had already been married for two years. Peter knew that I needed to grow and fulfill my career and my dreams and he supported me.

“The fact that we had the same passions also helped. We travelled together before we started our family,” Tina Photakis tells The Greek Herald.

Tina and Peter recently celebrated their 41st wedding anniversary and as their shared journey in life continues, Tina reflects on the reasons their relationship withstood the test of time and gives her advice to younger couples.

“Don’t be afraid to argue but never go to bed mad. Try and give the other person space,” says Tina.

“We went through a lot, but we were also close to our families who were very supportive.

“The bottom line is that marriage is not a fairy tale. It’s hard work. If Peter was a different person, this marriage wouldn’t have lasted.

“He is a good family person and he instils his values and love for our Greek heritage in our sons,” says Tina, giving one last piece of advice.

“Train them to give you good presents. Peter is very good at this,” she says for her other half.

According to Nikolaos, his father, Evangelos, graduated from Panteion University in Greece but he found it difficult to find work and opted to get paid to travel by working on a cargo ship. Many months and destinations later, he landed in Sydney, fell in love with the city and never returned to the ship.

“He travelled to Melbourne to work and lived with his aunt, his only relative in Australia at the time. He then sent a letter to my grandfather saying he needed to go to the Kantari family, ask for Elpiniki’s hand in marriage and send her to Melbourne. They were from the same village and were teenagers when they fell in love,” Nikolaos explains to The Greek Herald.

“Visiting my village in 1999, I was shown a tree with a love heart and my parents initials still carved into this tree. I also found the original letter my father had sent to my grandfather. In the letter he said to my grandfather that if he didn’t send his childhood sweetheart, he would never see him again.”

Evangelos and Elpiniki were later married on June 27, 1964 at St Johns Greek Orthodox Church in Carlton. They were together for 53 years, until Evangelos passed away in 2017.

“Growing up in the household, I saw two people committed to working hard and devoted to each other to provide everything they could for their family. They had respect for each other, trust and a mutual understanding,” Nikolaos says.

“In Dad’s later years, having dementia, is when I realised what the vows “in sickness and in health” really meant. Mum was dad’s nurse 24/7. Yes they had their arguments like many of us, but both of them always found a way to nurture and care for each other with unconditional love.”