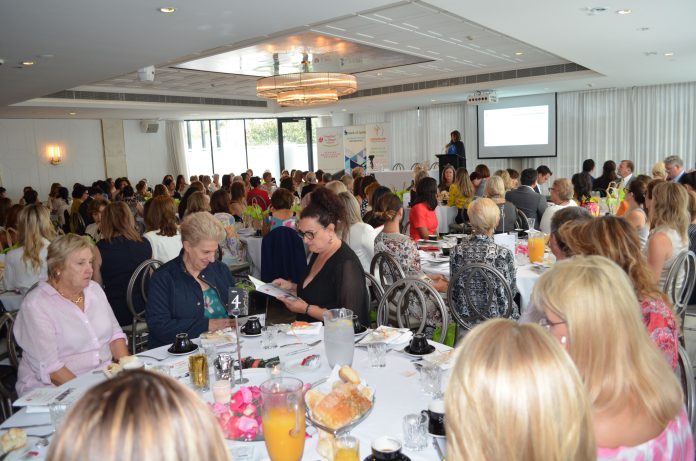 Hosted by the founder of the foundation, Suzane Peponis, the breakfast was aimed at raising awareness about brain cancer and its impacts on the mental and physical health of people.

Throughout the day, Ms Peponis honoured women dedicated to the treatment of brain cancer and featured a panel of experts from The Brain Cancer Group, Care2Cure.

Marina Kastelan: A neuro-oncology cancer nurse practitioner for the Brain Cancer Group. Kastelan acts as a key health professional who is assigned to patients diagnosed with brain tumours to assist them through their treatment.

Ms Peponis said the main objective of the event was to raise awareness, with the secondary priority being aimed at the fundraising aspect.

“I encourage others to have breakfasts for brain cancer to raise awareness and funds for the foundation,” Ms Peponis added.

The breakfast also highlighted the importance of the Centre of Excellence at the Royal North Shore Hospital, which was established in 2007 by the European Neuroendocrine Tumour Society (ENETS).

According to Dr Nick Pavlakis, the “network of centres would allow NET patients to seek specialists who could best treat them, and would also unify the care and research being conducted in the NET field across Europe.”

“Having a Centre of Excellence in the Royal North Shore hospital provides great benefits to the already hard-working multidisciplinary team that goes into treating brain cancer.”

The White Pearl Foundation was established following the sad passing of mother and grandmother Christina Peponis, who was diagnosed with a brain tumour. Finding out that the tumour, a glioblastoma multiforme, was the most common form of brain cancer and the most fatal, with an almost 100% fatality rate, the White Pearl Fundraiser was established.

The White Pearl Fundraiser was established to raise money for brain cancer research, aiming to benefit the work of The Brain Cancer Group, Care2Cure.

Below is a quote about the work of the White Pearl Foundation:

The White Pearl Foundation honours all who have succumbed to brain cancer, those who are currently struggling and all their loved ones. The Foundation also honours the enormous contribution made by those in the medical profession who treat these patients and support their families and the researchers who devote their lives to finding solutions.