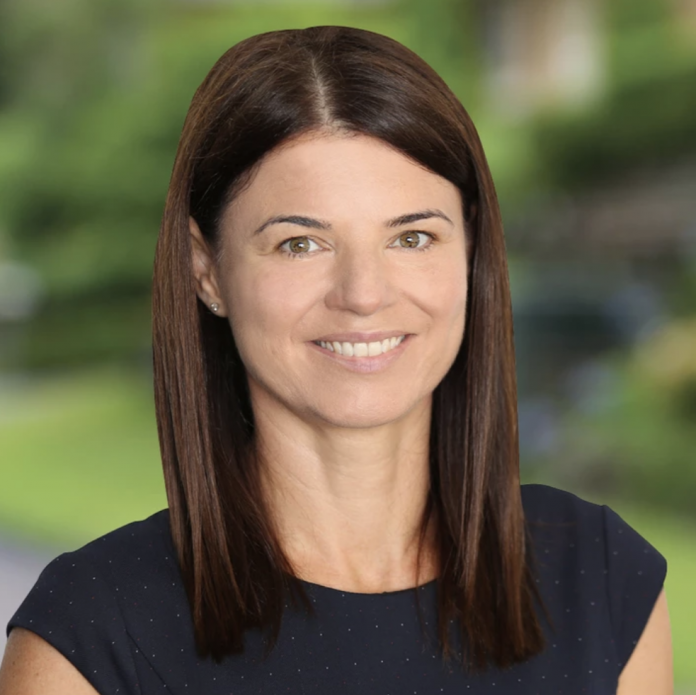 Dr Fiona Barbouttis Martin MP, a Sydney Greek Australian of Castellorizian heritage, is an Australian Liberal Party politician who was elected as Member of Parliament for Reid at the 2019 federal election and talks exclusively to The Greek Herald.

Dr Fiona Martin MP, is a mum, psychologist and small businesswoman, who has spent her life working to better the lives of people, supporting some of the most vulnerable children in our community. Fiona’s work has helped to treat a wide range of learning, developmental and behavioural difficulties that children experience.

Congratulations on your win in the election. What is your first order of business now that you’re elected?

Now that the polls have been declared in Reid, my priority is getting out into the community and speaking to people. I want to hear more about the issues important to them so I can work with the Morrison Government to deliver the infrastructure and essential services that families in Reid care about.

I understand you are of Castellorizian background. How have you found growing up in Australia with a Greek upbringing? How connected do you feel to Greece and Greeks?

Growing up, I heard stories about my Papou and the challenges he faced as a migrant and a small business owner. These stories helped my sisters and I connect with our Greek heritage. My dad’s family lived through the Second World War and the occupation of Greece, which has a profound impact on our sense of connection to the Greek community even here in Australia.

Have you had a chance to visit Kastellorizo recently? If so how did you find it?

I have visited Kastellorizo but not for a long time. It struck me as a place that was beautiful and peaceful. For anyone not familiar with the area, Kastellorizo is a small island in the Aegean Sea. I was surprised at the time how many Greek-Australians were on the Island, mostly spending time with their extended families.

How has your Greek Australian heritage shaped you and what lessons have you been able to apply in your current position from this upbringing?

My Greek-Australian heritage has taught me the value of hard work. My Papou put all his energy into his business so that he could provide for his family, and that has inspired me to do the same. Together with my Yia Yia, he opened a café in Newcastle. They were hard working business owners.

What connection do you have with the Greek community and how do you think you can support them in your new position? Will you become involved in any local Greek initiatives?

I was baptised Greek Orthodox and spend a lot of time with my extended family celebrating milestones amongst the Greek community. Through my dad’s soccer days, I got to know many people in the Greek soccer community growing up. I met a lot of local Greek Australians from Reid during the campaign and I’m looking forward to spending more time with them soon.

We understand your father was a known soccer player? Tell us a little about him?

My father, George Barbouttis, played for a number of clubs in Sydney, including Sydney Croatia and Panhellenic, and a couple of clubs in Greece. He was selected for the Australian National team, but never played a representative game because of injuries. My dad was a coach for most of my childhood, so I spent many afternoons and evenings watching community sport, and the teamwork and collaboration that comes with it. I think that has had a strong influence on me today.

Will you keep the promises you made to your constituents?

Definitely. I’m getting to work straight away. During the campaign, the Morrison Government committed to a number of local projects, including funding for CCTV in Strathfield and Homebush, upgrades to Timbrell Park sporting facilities, and new facilities for the Wests Tigers and Cricket NSW. This is on top of projects announced before the campaign to tackle congestion on Homebush Bay Drive and support for a number of community organisations. I’m excited to see these projects delivered in coming years.

What do you want to be remembered for?

I want to be remembered as a hard working advocate for my community. I’m hitting the ground running and I’m ready to work hard for local families and businesses. I’ve got a strong interest in mental health, in children and families, and in sport so I’m particularly looking forward to working in these areas.

Share
Facebook
Email
Twitter
Pinterest
Linkedin
WhatsApp
Viber
Print
Previous articleMary Zournazi: “The love of the city and its people and a love of the animal”
Next articleA message from Prime Minister Scott Morrison MP on the arrival of Archbishop Makarios