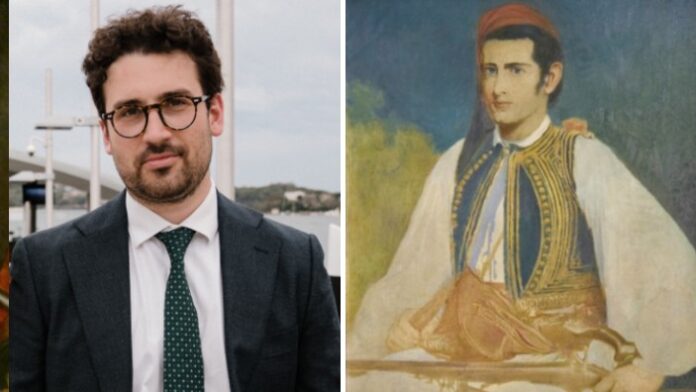 Master of Arts (Research) candidate at the University of Sydney, Nicholas Conomos, held an insightful talk on the role of the diaspora in the Greek Revolution of 1821 via Zoom on Wednesday, May 12.

The talk, which was attended by about 20 people, was the second in a recent series organised by the University of Sydney’s Department of Modern Greek and Byzantine Studies to mark the 200th anniversary of the Greek Revolution this year.

Mr Conomos tells The Greek Herald he wanted to focus on the role of the diaspora for his talk as he thinks their contribution tends to be “overlooked in some ways.”

“For me it was of particular relevance to us as a community so that was what drove me to focus on the topic. I think any issues of the revolution tend to be rehashed quite often… but I think the diaspora tends to be overlooked in some ways,” Mr Conomos says.

“Their role tends to just be appreciated and presumed, but not much is actually analysed about it. I think, particularly for us in the diaspora, it’s important that we assess that role so we can gain some insight and learn about what our role in this day and age is as a diaspora community, both with the homeland and with each other.”

To make this role particularly clear during his presentation, Mr Conomos focused on a few key issues related to the diaspora and leading up to the Greek Revolution, including communities where Greeks had settled in Europe, renowned individuals that had spent many years working with the diaspora, and the contributions that the diaspora communities and these individuals have made.

He also stressed that “whilst it’s assumed by most people that the diaspora played a significant role in the Revolution, that’s not entirely true.” The diaspora is “heterogeneous” and there are many different communities with many different opinions, interests and professions.

“An example is the diaspora community of Venice, which was quite large in the 16th-17th centuries. Leading up to the Revolution, the majority didn’t support it because it would damage their financial interests as most of them were merchants,” Mr Conomos explains.

“On the other hand you get towns like Trieste for example, that supported the Revolution and disseminated information and propaganda to try and garner support.”

From there, Mr Conomos went on to say that he believes the biggest contribution of the diaspora to the Greek Revolution was how they managed to internationalise it.

“Perhaps we can toy with the idea that Greece might not have gained independence if not… for the fact that the diaspora, with their connections, were able to internationalise the Greek insurgency…” Mr Conomos explains.

“They were able to gain the sympathies and the support over the years of the great powers of Philhellenes and wealthy businessmen, who otherwise would not have batted an eyelid at the issue.”

An important contribution which, as Mr Conomos makes clear, deserves to be recognised and remembered by today’s diaspora in order for them to know that they too can play a role in helping the homeland.