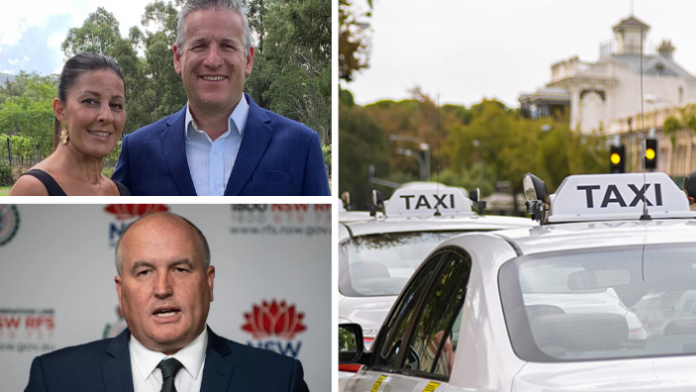 Greek taxi licence owners are making waves across Sydney with their demands to receive fair compensation in response to new industry reforms announced by the NSW Government.

Many are visiting their local MPs and encouraging them to sign the NSW Taxi Council’s ‘NSW Taxi Industry Pledge,’ which supports fair and proper compensation for all taxi licence owners, the continuation of the Passenger Service Levy, and a viable, regulated and reliable taxi industry.

So far, this collective effort has seen 57 MPs from across the political spectrum putting their name to the pledge.

In the NSW Lower House (the NSW Legislative Assembly), the pledge has been supported by many MPs from the Labor Party, the Independents, the Greens, the Shooters, Fishers and Farmers Party, as well as six members of Government (Liberal and the National Party).

There’s also cross-party support in the NSW Upper House, with MPs from the Labor Party, Shooters Fishers and Farmers Party, The Greens, One Nation and the Christian Democratic Party signing the pledge.

Steve Kamper, who has been campaigning for proper compensation for the taxi industry for years, told The Greek Herald in January that he decided to sign the pledge because ‘enough is enough.’

“We’re seeking cross-party support to send a message. Taxi plate owners have been waiting for nearly six years now to be compensated for the damage that was incurred to them. Enough is enough. It’s time now for the NSW Government to sort this out,” Mr Kamper said.

NSW Transport Minister: ‘The Government has your back’

As has been reported by The Greek Herald, Transport for NSW held a number of webinars with taxi licence owners, where they announced their plans to remove the limit on the number of taxi licences and remove restrictions on areas where taxis can operate.

In September 2021, Transport for NSW said taxi licence owners could potentially be compensated for these reforms by being given $50,000 for each licence, but it will be capped at two licences. Anything over that will not be compensated, amounting in huge losses for many Greeks who initially paid around $400,000 for a licence.

Since then, there have been a number of significant updates.

In response to the Greek community’s efforts and political support behind the taxi pledge as evident above, the NSW Government have decided to drop the two licences cap which was announced as part of the reforms.

The NSW Minister for Transport, David Elliott, has also had a brief meeting with the NSW Taxi Council to hear its concerns about the reforms, and later spoke about the issue during Budget Estimates in Parliament on Friday, March 4.

During his address, Minister Elliott acknowledged the hardships currently felt by taxi licence owners in NSW and said he believes their concerns are ‘legitimate.’

“I am very conscious of the fact that they [taxi licence owners], through no fault of their own, have lost the value of a business and, in many respects, tragically, that includes the life savings of families,” Minister Elliott said.

“I do not want to see people finishing their working life as taxi drivers unnecessarily burdened by the financial implications of point-to-point of Uber, and I want to make sure that they know that the Government has got their back.

“I want to make sure that those taxi drivers who have put their life earnings and their working life into an asset which has now been devalued are compensated.”

Hearing this will come as a relief to people such as Helen and Theo Balafas, who own two taxi licences.

Helen and her husband bought their taxi licences years ago for roughly $300,000 each, but she says that since the introduction of rideshare services into the market they are now ‘essentially worthless.’

“We invested money to buy these plates, we invested in our home based on the income that we were having from these taxis and you know, they were obviously meant to be securing our future,” Helen tells The Greek Herald.

“So it’s very difficult now. We don’t really know what we should do. We don’t know whether we should downsize our home or if we should wait for the government to come up with a compensation plan. We’re just in limbo.”

Helen does admit however, that the growing support from politicians is a step in the right direction towards fair compensation.

“I think it’s great that some politicians are getting behind it [the pledge] because that’s what we need,” she concludes. “We need a voice.”

You can find and download the pledge at https://bit.ly/3o1xOP6.