Meet Gina Altas: The founder of Help For Hirschsprung’s Disease 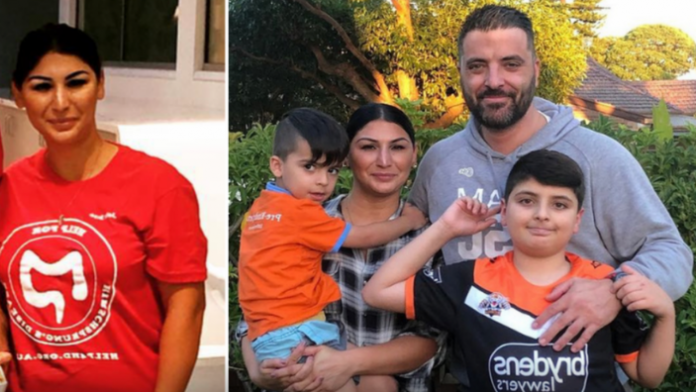 When Gina Altas’ son George was diagnosed with Hirschsprung’s disease around 10 years ago, it was only the beginning.

With barely any research, organisations, funding, or any family history of this incredibly rare bowel disorder, Altas didn’t have very far to look for help and admits not much has changed.

“We just had no idea why this was happening,” Atlas says.

“George is an isolated case; we have no history of it in the family at all,” which she says is unusual for a condition like Hirschsprung’s.

“He actually had a whole term off school with the amount of medication [he] was on,” she says.

“There isn’t any support, I’ll be honest with you,” she says.

She says she “had to leave work for all the surgeries” and trials that George has taken part in since birth.

“I know some families have received [support through the] National Disability Insurance Scheme (NDIS) but it’s only because they have another disease as well. A lot of children with Hirschsprung’s disease have Down syndrome and other diseases that are worse,” she explains.

Hirschsprung disease is a birth defect which arises when nerve cells in the muscles of the colon are absent.

For George, now 10, that means that he has to have his colon manually cleared daily.

George is the only one of Gina and husband Anthony’s three kids who was born with the condition.

Altas has committed her non-for-profit initiative Help for Hirschsprung’s Disease (HELP4HD) to helping support her son and end the cycle which sees families finding themselves in the same lost and unsupported position she found herself in all those years ago.

“A lot of our families… get directed to us either through the Bowel Clinic at the Children’s Hospital or through the doctors,” she says.

With no existing organisations to support Gina and her son, HELP4HD was born nearly five years ago in 2016 out of a single Instagram post and “it all just sort of grew from there”, Gina tells me.

“I just put out one post saying, ‘I’m trying to make some toiletry kits [to help kids with inconstinence that] I can donate to the hospital and other families’,” she recalls.

HELP4HD has partnered with the University of Melbourne to for a project to research the early stages of stem cell therapy and has amassed a cavalcade of high-profile Australian ambassadors jumping on board.

Veteran reporter John Mangos and former footy star Braith Anasta are just two prominent Greek Australians who knew they had to get behind Altas’ initiative.