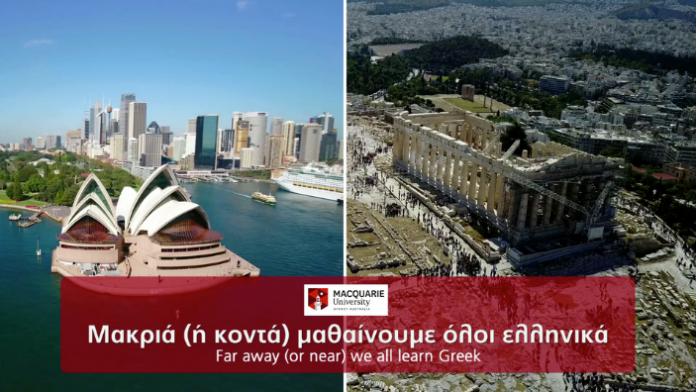 To mark International Day of Modern Greek Language on February 9, 2022, the Modern Greek Studies Program of Macquarie University has released a video entitled ‘Far away (or near) we all learn Greek.’

The message is that teaching and learning of the Greek language is a compass of identity and culture, a means of thought and communication and a ‘bridge’ that connects Greece with Australia.

All the prominent individuals who have participated in this initiative are:

The video will be available to view on social media and will be covered by the media of Greece and Australia.