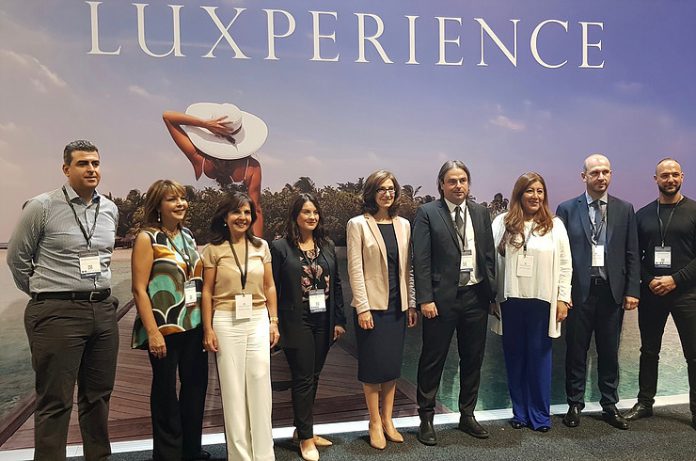 On Wednesday October 9th, 6 Greek companies sat together to discuss their prospects for luxury tourism in Greece, and how they can increase productivity with Australian tourists looking for luxury escapes in Greece.

The Trade Commissioner of Greece for Australia and New Zealand, Ms Katia Gzikiza, said “concerning Australian arrivals to Greece, until 2016, these numbers were stable between 120-180 000 people. In 2017, they almost doubled to over 324 000. We thought this was a spike from the usual trend, but this was repeated the next year, and the data we currently have for the year 2019 shows that this trend has continued.”

She continued to note that Australian tourists are the largest per capita spenders in Greece, at 1200 euros per person, per trip. This figure is more than double the average spending per capita in Greece.

“This year we’ve increased from 1-2 products from Greece, to 7. We’re hoping this trend will continue,” said Event Director of Luxperience, Ms Michelle Papas.

Mr Louis Seguier, the exhibitor for Myconian Collection, also spoke about the continuing demand for luxury products, in an already populated Mykonos.

“Greece is Greece, and Mykonos is Mykonos. In a way, Mykonos stands on its own. Mykonos has its own market. What many people don’t know is that Mykonos does attract people who seek 5-star accommodation and service,” he said.