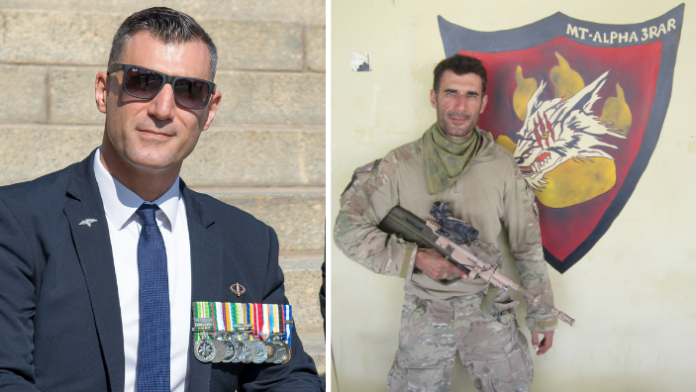 To serve with the Australian Defence Force for any time period, nationally or overseas, is an honour. Which is why Ken Tsirigotis’ 22 years of service in the Australian Army Corps is an accomplishment among the highest respect in the ADF community.

But what’s more inspirational than his 22 years in the Army is his lifelong dedication to ensuring the families of veterans are being well taken care of with Melbourne Legacy.

Melbourne Legacy is the oldest Legacy in Australia and has spent the past 95 years ensuring veterans and the families of veterans are receiving the support they need to build a brighter future.

After retiring from the Army, Ken Tsirigotis joined Melbourne Legacy as a full-time volunteer in 2016, helping provide support services such as counselling, encouraging like-minded friendships, and advocating for entitlements and services.

“The cases that we deal with are much more complex than what they were many years ago, because they’re mainly mental health related,” Ken Tsirigotis said.

Tsirigotis became Chief Operating Officer of Melbourne Legacy in 2019. Partnered with his lengthy service in Army, the Greek Australian said there is an element of “grassroots truth” when supporting the families of veterans and building the Legacy.

“Five years ago when I started at legacy, legacy was doing fantastic work as they had done for the last 90 years, but the demographic of our clients, which we call beneficiaries, was mainly the older cohort.”

“So our older elderly war widows, our disabled dependents and then a sprinkling of younger people.”

Mr Tsirigotis clarified that when he joined the Legacy, the word ‘younger’ still referred to elderly men and women in their 60s, with few families being under 30. Knowing how many young veterans’ families were in Melbourne, he decided to extend a hand to the Victorian community.

“So basically, using my experience and using my networks, I let the community within Melbourne and Greater Melbourne know that we’re here.”

Doing a needs assessment, they incorporated this into their service delivery to build capacity and shift their focus into a cycle: Observe, orientate, decide, act. This is known as the OODA loop, which is commonly used in the Defence Force.

A son of Greek immigrant parents, Ken Tsirigotis grew up in the northern suburbs of Melbourne. At the age of 13, Tsirigotis’ future as a soldier became certain, with his friends and family knowing that he would one day join the ADF.

“I joined the army straight after school and it was a blessing of my parents,” Ken said with a grateful tone.

“As you can imagine, they were worried like any parent would about service. But my father had served, all my uncles had served back in the old country.”

“I was the first of the family to ever serve in the Australian Defence Force.”

Most people with a fear of heights would steer far and clear from jumping out of planes. However, wanting to conquer his fear, Tsirigotis jumped at the opportunity to volunteer to train as a paratrooper, eventually spending much of his career in the specialised unit.

The Greek Australian also qualified and trained as a reconnaissance soldier, where he was deployed to countries such as Indonesia, France, Belgium, Thailand, Switzerland, UK and many other countries on either exchange, training activities or representational duties.

According to the 2019 Defence Census, only fifteen percent of army serviceman spent over 20 years in the Army, with the Army also recording the highest proportion of members with shorter service (44% with 5 years or less).

Retiring after two decades of service and joining Melbourne Legacy, Tsirigotis always felt that his work was a continuation of service to his country.

“I had to prioritise my time individually to my family…  I left my son when he was one years old to deploy to Afghanistan and missed his first steps,” Ken said.

“And the community I think I fit best into is the defence community.”

The veteran also noted the “thousands of Greek Australians that have served in the Defence Force”, along with many Cypriots and Cypriot Australians.

“I would say that my Greek heritage has shaped me,” Ken said.

“My kids go to Greek school, I’m married to a Greek Australian girl, my parents, I’m very fortunate they’re in their 80s but they’re still around, and we still maintain our customs and traditions.”

Ken added that he always tried to bring an essence of philotimo, meaning “love of honor”, into Melbourne Legacy’s service delivery, care, compassion, empathy and transparency.

“I like to be a mentor when I can for younger Greek guys, whether they’re first, second, third generation, that might think that they’re roughies… And just indicate to them that there is no respect or good outcomes from the wrong path, so it’s easy to do the easy left rather than do the hard right,” Ken concluded.

“And that if they commit themselves to doing something that they believe in and it’s for the right reasons, then good things will happen to them.”