Launch of new Pontic dialect tutorial is an Australian-first 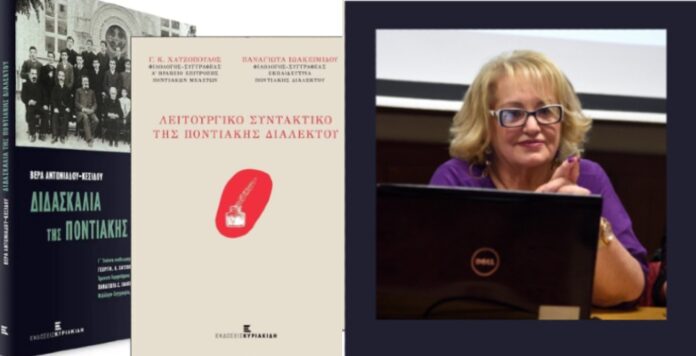 The Pontian Community of Melbourne and Victoria has today announced the establishment of a Pontic dialect learning tutorial for the first time in Australia.

The Community worked closely with philologist and educator, Γιώτα Ιωακειμίδου, to create a tutorial which will preserve and disseminate the Pontic dialect to future generations.

Mrs Ιωακειμίδου teaches Pontic in the municipality of Thessaloniki, while she has also attempted the radical revision of the Pontic teaching manual of the late V. Antoniadou-Kesidou.

This revision provides “an easy-to-use guide” for the tutorial, the Community said in a statement.

“The Pontic dialect is closely connected with the ancient Greek language and is a link to the unified and indivisible Greek language,” Apostolos Alexiadis, President of the Pontian Community of Melbourne and Victoria, said.

“It is the language of our ancestors and we consider it our duty to do what we can to maintain the language for our children. Our wish and hope is the phrase of the late philologist Jordan Vamvakidis: ‘the Pontic dialect does not have the courage to die’.”

The tutorial is available online for free and is open to members of the Pontian community and anyone else who is interested.

“As more and more people from Melbourne and other Australian states are showing interest, we will soon be setting up additional departments,” Mr Alexiadis added.

“The establishment and operation of the Pontic tutoring center by the Pontian Community of Melbourne has multiple values ​​and will contribute substantially to our goal of preserving and preserving the Pontic dialect.”