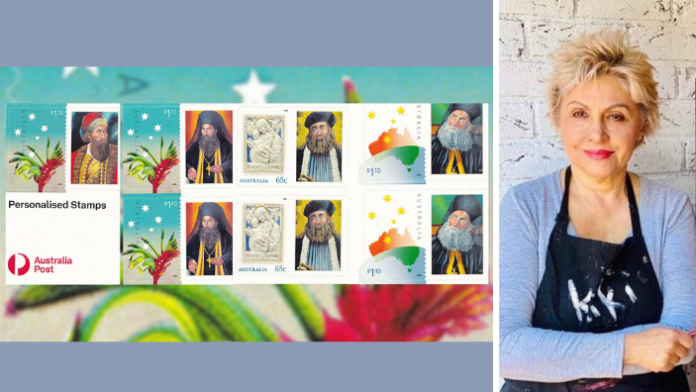 Personalised stamps to mark the bicentenary of the Greek Revolution have been issued by the Greek Orthodox Archdiocese of Australia.

The stamps were organised by the Archdiocese using a personalised stamp service offered by Australia Post to the general public.

In a press release, the artist said her unique art style and vibrant colours captivated everyone, including His Eminence Archbishop Makarios of Australia, who expressed his desire to have Ms Konstantinopoulou’s designs transferred into stamps.

Those who are interested can purchase the anniversary stamps from the bookstores of the Holy Archdiocese of Sydney and Melbourne. The stamps will also be available for purchase online soon.