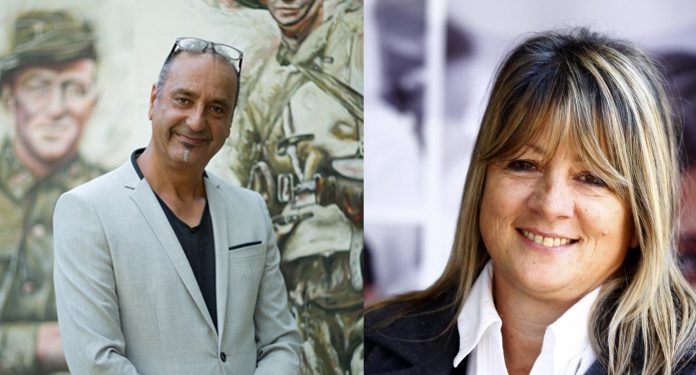 Eight prominent Greek Australians in the areas of community service, visual arts and education have been recognised today in the Queen’s Birthday 2020 Honours List.

They are part of a larger group of 933 Australians who’s contribution to their community was noted by their peers as worthy of recognition.

“In this list we see all the positives that are in our community. We see the great ideas, we see the hard work, we see the love and compassion for fellow human beings. It’s a microcosm of Australia,” the Governor-General said when announcing the list.

These are the Greek-Australians who were recognised:

In the category ‘Member (AM) in the General Division’ there is:

She was recognised for significant service to the people of the NT through representational roles, and to youth through Guides. Jeanette has been the Honorary Consul for the United Kingdom since 2008. She is a current board member of ‘Helping People Achieve Northern Territory.’ She was an elected member of the City of Darwin from 2012-2015, and she was an International Humanitarian Officer for the Australian Red Cross NT in 2005.

Charalambos was honoured for significant service to musical instrument making as a luthier since the 1950s. He has hand made more than 780 instruments. He was also a teacher of a stringed instrument making course and art workshop at the University of Sydney from 1981-1984.

In the category ‘Medal (OAM) in the General Division’ there is:

Angela, in conjunction with Strathfield Girls High School, is also a supporter of Zonta International Australia through the donation of birthing kits.

Dimitrios was acknowledged for his service to the Greek community of Victoria. He is a prominent member of the Panarcadian Association of Melbourne and Victoria as a President (2005-2016), Treasurer and Secretary (2001-2004), Public Relations Officer (since 2016) and current editor of the Voice of Arcadians Newspaper. He has been the President of the Panarcadian Federation of Australia since 2006 (bi-annual position). President of the Panarcadian Federation of Victoria since 2005. He was also awarded the Spiros Stamoulis Lifetime Achievement Award from the Hellenic Chamber of Commerce and Industry in 2018.

George was honoured for his service to the visual arts and to veterans. He is an Artist and Graphic Designer at George Petrou Design since 1979. His works include: Twelve Great Australian Stories Collection, Sports Player Portraits, Remember Me – The Lost Diggers of Vignacourt Collection, and The Victoria Cross Collection.

He is a patron of the Totally and Permanently Incapacitated Ex-Servicemen and Women’s Association of Victoria (TPI Victoria) since 2017. He is also a supporter of The Cross of Valour Association of Australia.

John was acknowledged for his service to the community and to sport. He has been an Ambassador for the Australia Day Ambassador Program since 1999. He is also the current Ambassador for ‘Busy at Work’, an organisation that delivers training and employment programs to homeless youth.

John was invited into the Sydney 2000 Olympic Team Village to support the Australian team and in 2001 the Australian Wallabies. He was the first person with a major disability to play indoor cricket in Australia. He is a former player of Grade Cricket at the Bankstown Cricket Club. He was also crowned Australian Disabled Table Tennis Champion in 1994.

He is the author of ‘From the Ground Up’ (2001). He is a Keynote and Motivational Speaker, Coutis International Pty Ltd, since 2012. He has also been awarded a National Family of the Year Award with his wife.

Philia was recognised for service to people with a disability and to the community. She is a prominent member of the Queenslanders with Disability Network as a Director (2015-2018), Former Deputy Chair and Former Chair, Audit and Compliance Committee. For the Women’s Centre for Health Matters (ACT), she was a Convenor of the Management Committee (1999-2000), a Manager (1998-1999) and a facilitator (1996-1997). She was also a prominent member of the Ethnic Communities Councils of Australia as a Vice President (1990), a Former Special Consultant and a Former Member of Access and Equity Committee. To see the extensive list of Philia’s achievements, please click here.

All exceptional Greek Australians who deserve to be recognised for their hard work and dedication to important causes.