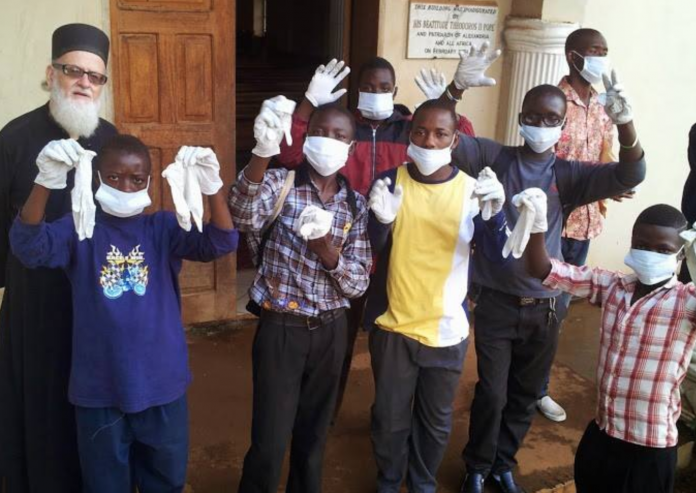 Father Themi Adamopoulos has led a more unconventional life to what one would expect a priest to lead. In his youth he was a rock star who performed on the same stage as The Rolling Stones and The Beatles.

He was an atheist, a Marxist, a young man with an enviable education and a promising career, as well as a champion of social justice who protested for the rights of the underdog. Though, he decided put this life behind him and headed the Orthodox Mission in Sierra Leone.

In Africa, where he is known as Father Themi, he is one of those rare human beings who give without expecting anything in return. He risks his life through a sense of love without fear. His tool is faith and his dream is for a better future for the children and heroic mothers of Africa.

The story of Father Themi has drawn the attention of Hollywood and a film depicting his life is in the works. In recent months Father Themi has lived through apocalyptic scenes after the Ebola outbreak, “the worst outbreak of the virus in the history of mankind” as he himself tells us.

They call him the “Saint of Africa” because in his face they see the monk, the man with the calm tone, the “father” who extends his hand to distribute food, medicine, water and love. Without advertising, without neon lights and without fanfare, he mixes freely with the people of Freetown and lives their lives. Even a very bad phone line connection between Athens and Sierra Leone could not diminish his apparent kindness, courtesy, humour and Greek roots.

He is in London to raise awareness of the charity Paradise 4 Kids (P4K), which is a non-profit organisation that supports Father Themi, in his mission, as well as other missions, to duly provide for those in need of assistance in third-world countries.