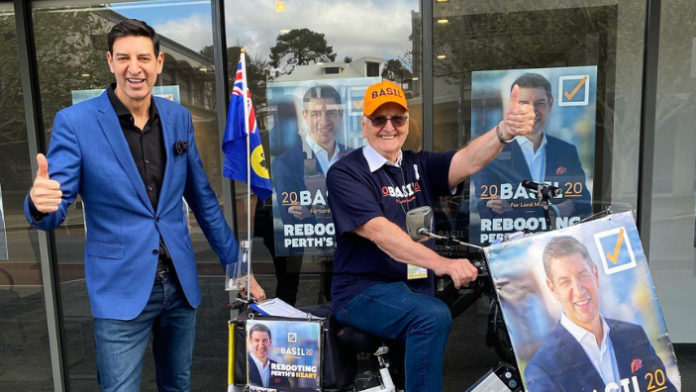 Basil Zempilas is the new Lord Mayor of the City of Perth.

After trailing Ms Bain for most of the count, there was a last minute surge in votes for Zempilas, who has vowed to “reboot” the capital.

The three-hour count quickly became a two-horse race between the pair, who were streets ahead of the other five candidates.

In his victory speech, Zempilas declared Perth the world’s best city and said a line had been drawn in the sand after years of scandal at the council.

With wife Amy at his side, Mr Zempilas said the new council would be a “united” force, lessons had been learned from the past and the capital now had the leadership which had been missing for three years.

“Now the job for us is to get busy and to do our very, very best for ratepayers, for residents, for visitors and for those who choose to spend time in the City of Perth,” he said.

“It is the best city in the world. We are wonderfully blessed to be its custodians for a short time, so let’s not waste that opportunity, let’s make the most of that opportunity.”

Zempilas, who works for Seven West Media, publisher of The West Australians, plans to continue his 7NEWS duties as Lord Mayor but will finish his 6PR breakfast show hosting role.