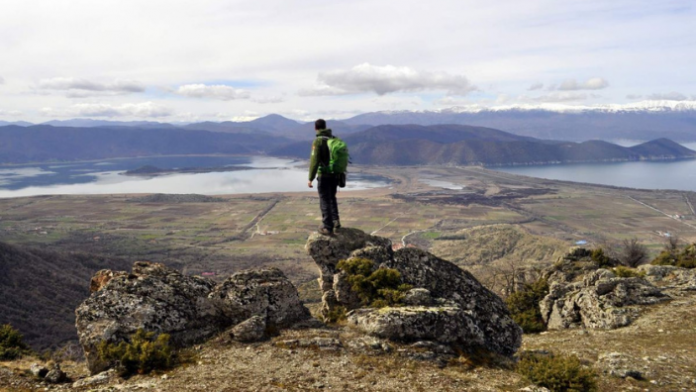 Founder and manager of social cooperative enterprise ‘Paths of Greece’, Fivos Tsaravopoulos, has vowed to help Greece become one of the top 10 hiking destinations in the world.

Since founding ‘Paths of Greece’ in 2010, Tsaravopoulos and his team have been actively working on reintroducing life into the often neglected and forgotten paths of provincial Greece.

The bulk of their restoration work centres around clearing trails and signposting them.

Tsaravopoulous explained to Greece Is the role of the organisation in more detail.

“We plan out, clean, mark the paths and organize promotional activities: we build websites and mobile apps and we participate in international thematic tourism exhibitions,” the founder said.

“We study military maps; often we have to scour the ground for hours, following paths that have been abandoned for centuries. In Ithaca, the municipality invited us to create a new hiking network. Among the routes we followed was one which was supposedly followed by Odysseus, as we uncovered it, it went through an old rubbish dump!” he added.

When asked why hikers would be drawn to these restored Grecian trails, he said: “the mountains are not so tall that they’re out of reach. They often end on beaches next to an inviting sea, not a wild ocean. You can have a swim and continue your hike.”

He also emphasised that these rehabilitated paths have historical connections.

“The paths are permeated by Greek culture. Over a short distance, the hiker can enjoy not only major changes in the landscape but also the variety of the route which can join a humble mill with an ancient temple, a beautiful Byzantine church with the ruins of an ancient theatre,” he said.