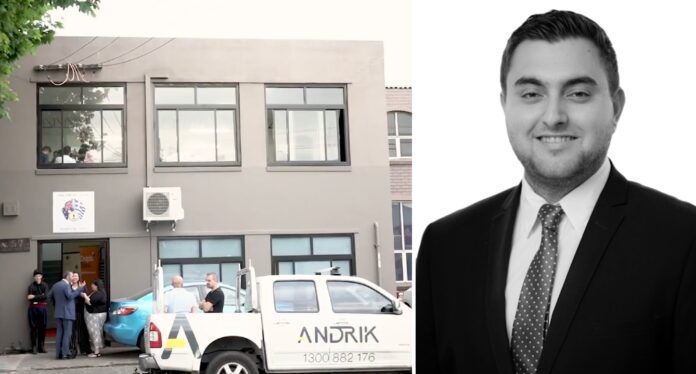 Marrickville has been home of the Cretan Association of Sydney and NSW since its foundation in 1959. After 62 years, the contribution of Marrickville’s Greek community to Australian society is being recognised with the formal renaming of the precinct to ‘Little Greece’.

The decision was announced by Inner West Mayor Darcy Byrne on February 10, who said it is about, “respecting our migrant heritage and continuing to build our multicultural future.”

“To all the Greek Australians who have built Marrickville into one of the best places on earth we say simply, Efharisto,” the mayor said in a Facebook post.

Speaking to The Greek Herald, Cretan Association President Terry Saviolakis said he hopes the decision will make Greeks even prouder of Marrickville.

“I’m glad that they’ve named it little Greece because it recognises all the hard work of a lot of the early settlers, the Greeks and particularly our members as well, that came and set up businesses and established the area as what it is today,” Saviolakis said to The Greek Herald.

“A lot of our members would have come in the 50s, 60s, 70s to Australia. So it’s recognising their hard work when they first came here, really just establishing the area.”

Prior to the final announcement, the Cretan Association of Sydney and NSW wrote to the Inner West Council’s councillors, proclaiming that they were “delighted to hear” of the creation of a new Greek precinct.

“They lived in the area, went to school in the area and established businesses in the area which had a lasting impact on the area’s growth and multiculturalism,” the letter wrote.

“The creation of this precinct will formally recognise the long-standing contributions of Greek- Australians in the Inner West.”

The Council will submit an application for ‘Little Greece’ to be added to the Geographical Names Board. The precinct will be established on Marrickville Road between Livingstone Road and Victoria Road.

The precinct will be celebrated on March 25, in conjunction with Greek Independence Day, which this year marks its 200th anniversary. The idea is to have local residents, community groups and businesses come together, along with Sydney’s Greek leaders, at Marrickville Town Hall to celebrate it’s launch.

“I wish to thank everyone in the Marrickville and broader Inner West community for all their hard work in seeing ‘Little Greece’ realised. Special thanks need to go to Councillor Sam Iskandar, who first approached me with the idea for this precinct,” Inner West Mayor Darcy Byrne concluded after the decision was passed.