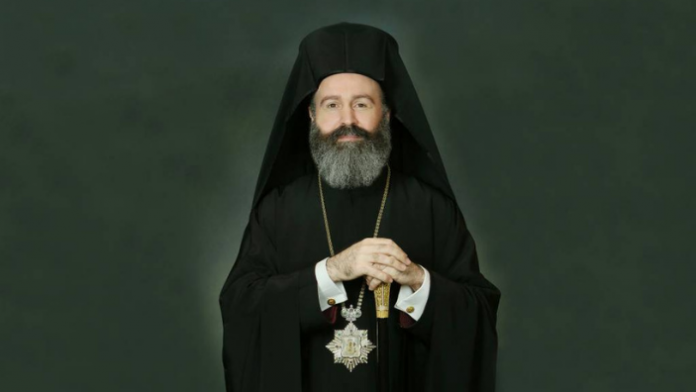 His Eminence Archbishop Makarios of Australia has issued a message to mark the 81st anniversary of the Battle of Crete.

“Eighty-one years ago, the dark clouds of war that had covered the entire European continent, extended over the blue skies of Crete. The proud people of the great island, accustomed to the difficulties and great challenges presented by history, did not falter from defending their independence, despite their most robust military units being in Epirus, where they fought heroically to defend their homeland from the invaders of the Italian-German Axis. Those who remained behind – men and women, old and young, were determined to not give up a single bit of their homeland, nor a speck of their freedom and dignity. They were resolute to fight with whatever means they had, even if that meant the sacrifice of their lives.

The events of the historic Battle of Crete have been etched in golden writing, not only in the books of history, but also in the consciences of all Greeks and nations. The sacred struggle by our ancestors whose mindset could not be subjected to slavery, as was evident even after the occupation of the island by the incomparably stronger forces of the conqueror, inspired and strengthened other people who, at the same period of time, were also resisting the Nazi campaign, as well as many nations that later faced similar, barbaric and unjust attacks.

It is indisputable that self-denial and heroism have become synonymous with Cretan stout-heartedness. The same for virtue. This is because the virtue of patriotism and the virtue of the pursuit of high ideals are pre-requisites for one to dare to engage in a heroic struggle; a struggle to the end; a struggle that might even deprive them of their very life. And for Cretans, virtue was part of their very make-up, so deeply rooted in their souls and consciences that, even at the last moment as they were being led to be executed, they were full of peace and joy, as the late Nikos Kazantzakis so eloquently described: “Many Cretans, in front of the German rifles moments before they were shot, found peace and not only peace but also the joy of the indomitable spirit that rejoices because it is given the opportunity to reveal its virtue. Many at that final moment in front of the executioners sang Cretan mantinades or the National Anthem.”

This is the take-home message for all those who are of Cretan heritage and for all Hellenes without exception, as we honour today the memory of our heroic ancestors here in faraway Australia. And the fact that we are members of Australian society, together with the descendants of the Australian heroes who watered the Cretan land with their blood, is one more reason that intensifies our duty to learn from their virtues and to live our life in the modern world with the same values and ideals that they, Greeks and Australians, served side by side.

Today, 81 years later, we bow our heads in reverence and gratitude to our glorious ancestors and assure them that their sacrifice will remain a beacon and compass for us and for future generations.”