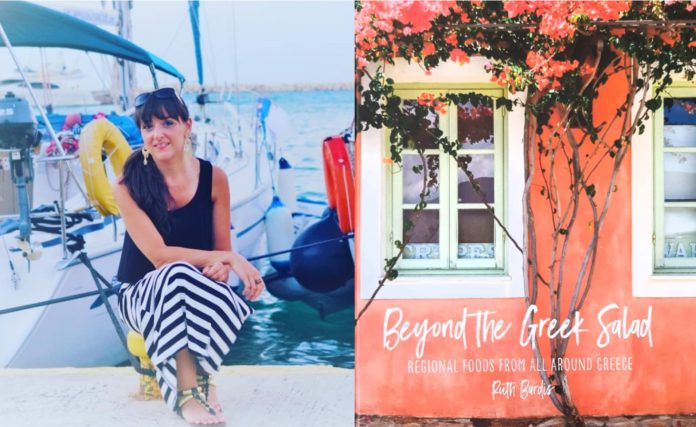 Who ever said you couldn’t transfer your passion to a career? Greek Australian food photographer Ruth Bardis has maintained her passion for Greek food throughout her entire life, sharing it with her thousands of followers.

Taking what she has learnt from her family, paired with intricate research, Ruth has released two award winning cookbooks showing the world that there is more to Greek food than “just the Greek salad”.

“I researched, I went to Greece and went to Asia-Pacific regions. I looked at their specific produce and regional recipes, and I delved to find what they cook in each region,” Bardis said to The Greek Herald.

Ruth’s second cookbook, ‘Beyond the Greek Salad: Regional Foods All Around Greece’, explores the various cuisines of the Greek regions and the differences between them.

“This book expanded on other regions and showed that Greek food is way more than the Greek salad.

“We have such a plethora of recipes that some Greeks don’t even know if they don’t come from a specific region.”

The cookbook is a continuation of her first book ‘Hellenic Kenella’, which looked closer at how Greek migrants brought their food to Australia upon arrival. Released only four months ago, her second cookbook has received multiple awards, including a New York Independent Publisher Award.

Any Greek will tell you that the best Greek food isn’t found in a cookbook, but through family history. However, Ruth believes that Greeks are in danger of losing the “essence” of Greek food though apathy of the younger generation.

“That generation’s just not cooking, or our yiayia and mothers aren’t really documenting foods.”

Ruth compiled her cookbooks to make sure that the younger generation keep hold of the food traditions that have been passed on for years. The true test, however, is making sure that each recipe upholds its simple design.

“I think it’s my generation that don’t have anything written down.”

“It’s authentic, it’s not westernised, so I haven’t actually used any of the westernised changes brought into Australia.”

“I’ve just looked at home, traditional, simple food without all the bells and whistles and I think there has been a bit of a void in the book world for that.”

Making a cookbook doesn’t come without a love for food

Ruth has been strongly influenced by her family when writing her books. Growing up in Melbourne with Greek migrant parents, much of the food in the early stages of her life had some sort of Greek influence.

“For us going to the Victoria market was out highlight of the week,” Ruth fondly remembers.

Ruth’s family even went that extra step that many families may not have reached, importing water from Greece. Claiming she had “never drunk tap water” until she left the house, Ruth admires the dedication of her family to bring the homeland to Australia.

“I remember even us growing up, our antibiotic was Greek honey. Food was our medicine.”

While there’s nothing in the works yet, the Greek Australian author didn’t rule out a possible addition to her cookbook collection.

“The eight regions… I could delve further and research them. Look at their produce and go from there.”