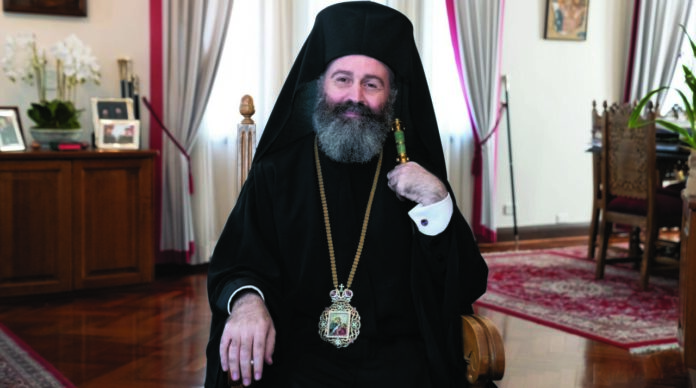 His Eminence Archbishop Makarios has released a message for Anzac Day, discussing the friendship forged between Greece and Australia.

Today, the Australian nation proudly commemorates Anzac Day, paying tribute to the thousands of men and women who fought for the high ideals and sacrificed themselves on the altar of freedom, peace, and human dignity.

Personally, having been born in a place, whose modern history is linked with the heroic struggles of the ANZACs, I had the good fortune to realise, from a very young age, the universal character of the values they defended. Moreover, these universal values formed the solid foundation on which a true friendship was built between the peoples of Greece and Australia.

I also had the opportunity, through primary sources, to discern and understand the virtues embodied by the heroic ANZACs, such as selflessness, solidarity, courage and self-denial. With these virtues, they did for us what we would never dare ask of them.

Today, as we bow with respect before their memory, the least we are obliged to do is reaffirm our commitment to the values and ideals for which they fought and be inspired by their virtues, in order to continue the great legacy that they bequeathed to us. Lest we forget!