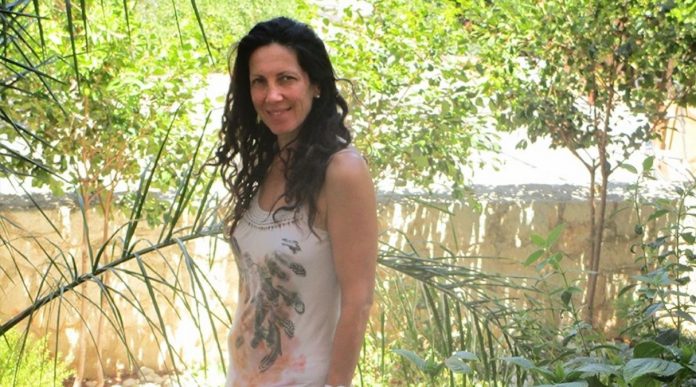 Growing up in Australia, I always knew I was ‘other’ than the mainstream Aussie tribe. For a start, I was a bit chubby (“φάει, φάει να μεγαλώσεις” – “eat, eat to grow up”), and had black hair. I didn’t go to ‘kinder’ (kindergarten) like my Aussie friends did, as I discovered in early Primary school.

In fact, I couldn’t speak English properly in Prep. either. My mother told me that I tended to cut the last syllables from Greek words, thinking I was speaking English! For example, ‘dog’ for me, was pronounced ‘skil’ (rather than σκύλος).

In Grade 1 my English improved, as did my ‘development’. I encountered my first love – Andrew. He was the most beautiful creature I had ever laid eyes upon. He had a thick mop of light blonde hair and big, bright blue eyes. We would walk around the school yard sometimes holding hands, and in class I would chat to him; often ignoring the teacher telling me to be quiet.

In the end, I stoically took my punishment by refusing (or being unable) to quell my urgent urgings to talk to my blonde prince, and as a result was made to stand in the corner facing the wall on more than one occasion.

At my Saturday morning Greek school though, I was never punished. Digressing from my early penchant for blondes, I was fascinated with learning how to read and write in my native tongue. But other classmates who weren’t that academically Greek oriented, either had their ears jauntily pulled by the teacher, or were whacked in a creative way with the ruler on its side, over the knuckles.

Punishments aside, I never forgot Andrew, but alas in Grade 2 we were put into different classes, and thus fate had it that we went our separate ways. I continued though to be fascinated by the non-Greeks I encountered at school. They seemed exotic, compared to my Greek immediate and extended family. They ate different foods – foods that I was introduced to at school like pies and pasties, and sandwiches with those wonderfully delightful, mini coloured balls – hundreds and thousands.

In Grade 4 my best friend was again a white blonde, a long haired girl with pinkish white skin named Yvette Groves. And how I loved my Aussie friends names too! Much smoother on the palate – in English that is, than our long surnames. Yvette would sometimes phone my house at night and tell me that she was in her pyjamas, but not a home. Rather, Yvette was at the pub’s pay phone while her parents were there drinking and couldn’t get a babysitter on those particular phone call eves. A totally different and mesmerising world opened up for me through my friend Yvette.

Then in Ηigh school, something weird occurred. I was given a nickname. It was ‘Skip’, as in ‘Skippy’ (aka ‘The Bush Kangaroo’ or ‘kangarootha’ as many a 1st generation Greek-Australians have called our iconic aussie mammal).

Perplexed with this nickname and upon querying many of my peers, I was told “you look like an Aussie.” Further delving into interrogating them, as to why I, a Greek girl ‘look’ like an Aussie, some of them responded, “your skin, and you have some freckles, and green eyes.”

To this day, I remain befuddled by so often being identified as an ‘Aussie’. Perhaps it was a case of nurture (having many Aussie friends), rather than nature. Nonetheless, living in Greece for many decades now, without me personally alluding to observations of my appearance, I still often hear,: “You look English”, but most respond “you do look Greek”, if I happen to ask their opinion.

And so, when I read online of DNA tests (with a reduced price as they become more popular), I thought, “Let’s see what this is all about! I’m surely some exotic mix of … who knows what,” – though both my parents are Greek, and my grandparents and beyond, as far as I was told anyway.

Needless to say that I was very excited when the results appeared 6 weeks after sending the relevant DNA testing lab some of my ‘sample’ saliva from their special kit. “Wow, here goes, I thought … envisaging Spanish flamenco dancer roots or German aristocracy – or a majority British heritage perhaps (explaining my fascination with and attraction to ‘Aussies’ in my school days).

“Oh dear!” was my initial puzzled response upon viewing my results, but I must admit a sense of pride and almost teariness sprung from my souls depths: I am 98.5% Greek/Southern Italian (Magna Grecia heritage no doubt), and … 1.5% Finnish!

The Finnish part is an odd surprise, I do admit. Perhaps that’s why many claimed I don’t “look Greek” (whatever that really means). I explained to my mocking husband, that it’s like a tin of white paint, that has a tinge of say, blue in it, and the white changes completely.

I know of many Greeks here, who don’t dare to do one of these DNA tests, some actually admitting, that it’s not that they don’t care, or can’t be bothered, but rather, they fear what the results may be! For all of us though, nature and nurture combine in their own distinct way making us the unique individuals that we are. Even sibling results differ in DNA test results.

As for me, DNA results or not, I define myself as proud to be a Greek-Australian.