‘Underdog candidacy’: Drew Pavlou on running for Senate at the next federal election 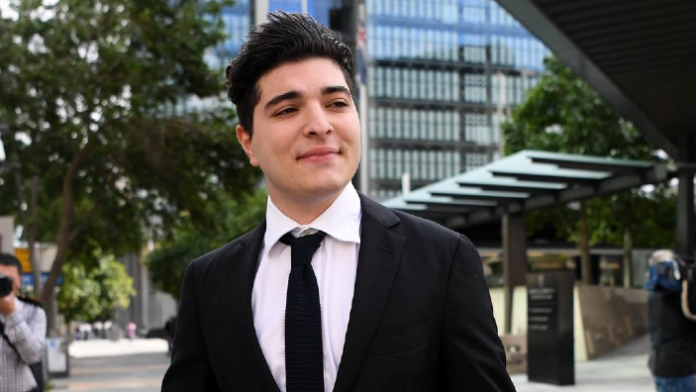 22-year-old, Drew Pavlou, was suspended from the University of Queensland last year for protesting against Chinese government influence on Australian university campuses.

His case received international attention and he became a martyr of free speech as his actions enraged the Chinese Communist Party.

Now, over a year later, he’s opened up to The Australian about his new life after going through a “really dark place.”

“Now that I look back on it, I was just so agitated at the time and I was probably quite unwell mentally,” Pavlou told The Australian from his ­parents’ home in Coorparoo, Brisbane.

“I was ­trying to show a brave face and tough-guy image because, like, I didn’t want to ever be seen as weak… I haven’t talked about this much in the media. I think it got to a point where I did have a sort of breakdown.

“Mentally, I was in a really dark place. I really wanted to die at certain points. Not to the point of taking my own life, but if I got struck down by lightning or if I got hit by a car or something like that, that’d be fine.”

Despite this, Pavlou says he’s getting his life back on track and has resumed the final leg of his Arts degree at The University of Queensland. He’s also reconnected to the Greek Orthodox Community of St George, where he was baptised.

“I have rekindled my Christian faith. That became a big thing for me in trying to remove the hubris, in trying to see something above myself… I’d been quite spiritual when I was younger,” Pavlou said.

“For me, it was always just about the fact that it’s founded on love and compassion… that was my experience of it when I was younger. And I guess I lost that a bit when I grew older and went to university. I’d just gone away from that, sort of drifted away from it.”

With this new outlook on life, his latest plans are to now form his own party and run for the Senate at the next federal election.

“It’s very much an underdog candidacy. I like the David-versus-Goliath odds. Never say never, right? I’m just going to try and sell a positive vision,” he said to The Australian.

“I’m going to explain my beliefs, how they’re founded very much on humanitarian ­values, how I want a fair economy, how I want to put human rights at the centre of Australia’s foreign policy. I’m not going to be doing the crazy aggressive attacks that I was sort of known for.”