Yannis Kotsiras: ‘Through music I communicate with the world’ 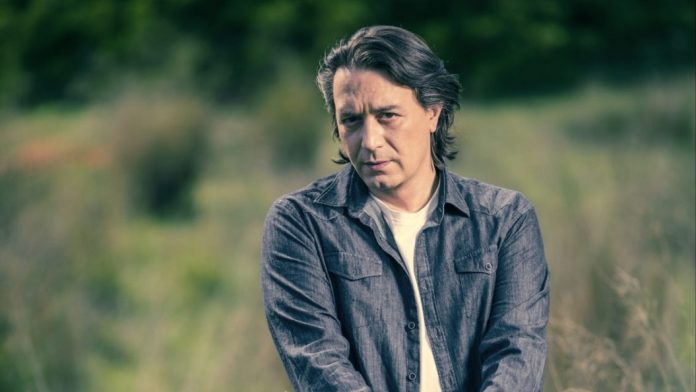 After a summer full of concerts around Greece succeeded by strict restrictions and lockdowns, much loved Greek singer-songwriter Yiannis Kotsiras and his ensemble are preparing for their Australian Tour in March 2022.

“When people ask me which country I would like to live in if not Greece, I always say in Australia, specifically Melbourne,” the popular artist tells The Greek Herald.

“Maybe it’s because every time I come [to Australia], I have a great time and I’ve met so many amazing people,” he says.

“With this tour we aim to remind our compatriots of quality Greek music -because Greece continues and produces excellent music- and also to reconnect them with memories of their home country,” he says, expressing his excitement that this time he will also perform in Darwin.

Asked how he managed to stay creative during the pandemic he explains that he transformed the lyrics in his songs into a Trojan Horse in order to communicate with the world.

“I can say that despite the circumstances, the last 2-3 years I have been very creative and that makes me happy.”

It is not the first time the singer-songwriter mentions his family and how parenthood has redefined him both as an artist and an individual.

In his latest song “Koita Giro” (Look Around), Kotsiras talks about how smaller the world has gotten and wonders why people are lonely.

“The song started as a future letter to my sons and turned out to be a modern take at reality,” he says.

“It is dystopian but apart from hate this song also speaks of love. Because everything that happens in the world can only be overcome with love and solidarity. Nothing else.”

We chat about the future and he says he is happy that “Greek music has been encouraged in recent years” but worried as an artist and a parent about the civilisation decay and social disintegration.

“The problem is that people have become numb to violence and hatred. We watch and hear about deaths, wars and pandemics as if we were watching a video clip,” he says.

I ask him what he teaches his children and if there is something he would like to share with the youth.

He speaks about freedom of spirit and democracy and his words come to me as a reminder that the things that count in life are not things but ideals, values ​​and principles.

Yannis Kotsiras is so passionate about the youth that during the lockdown in Greece he created his own YouTube channel where he shares videos of children’s songs that he sings.

“I started the videos as a way to calm down my two hyperactive sons and it was my wife’s idea to share with other parents. It’s also a good way to draw the kids to music and away from the violence they are exposed to online,” he says.

I could chat for hours with Yannis Kotsiras.

Maybe because I always resort to his songs every time my heart desires something from Greece or when I feel a bit too restricted in my little box and I am looking for a better view of the clear blue sky.

As we wrap up this interview, I ask him to send a message to Australia’s Greek community.

“Stay safe and have love for everyone! Until we meet again!” he says.

The countdown has begun. We will see you in the Antipodes Yanni!