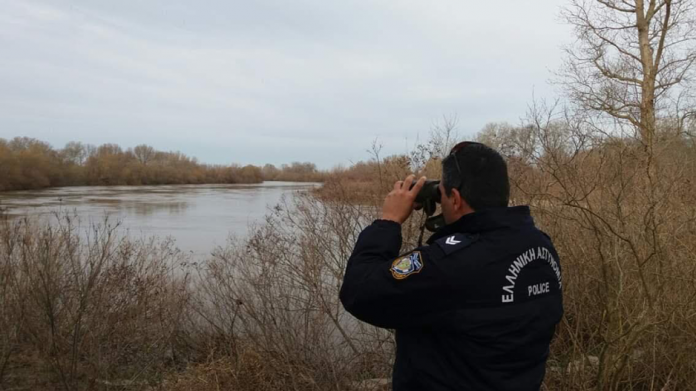 Panagiotis Harelas has been guarding the Greek border for more than 20 years. Mainly serving in the Immigration Management Service in Central Macedonia, he also serves in Evros, the Aegean and in the wider island country. He is also the President of the Hellenic Federation of Border Police Officers, since 2008.

Speaking to The Greek Herald, Harelas spoke about the current situation at the Evros border in Greece. Standing opposite the Turkish provocation, he thanks the Greeks abroad for their love and support.

How is the situation at the border right now?

“The situation has been manageable lately and after the events in March (latest illegal immigration wave from Turkey), we are also strengthened in numbers. There is flow and mobility on the border but not to the extent that would worry us. At this stage, with the forces we have, we can prevent the existing pressure so no one can  enter the country illegally.

How many border guards are there in Evros?

“Apart from the permanent ones, 400 guards since 2002, we also have monthly police officer deployments from all over the country, who come here to strengthen the border guard. Recently, another 400 were recruited, but have not yet arrived due to COVID-19. We are waiting for them in the coming days to be trained and ready to support us.”

“We are going through one of the most critical periods”

Based on all that you have experienced, is this period the most difficult you are going through?

“Clearly this period is a critical one, as we can see that there are fronts of pressure around the islands as well as in the Evros region . However, the situation is under control by the police. Political will is always needed as well.”

“This is how we prevented the ‘migrant’ invasion”

What was the secret to success in preventing this migrant influx?

“The Joint Border Surveillance Agency was first established in the fall of 2019. This constitutes the first institutional convergence of the police and the army on immigration issues. This means that we had joint army and police patrols.

Arriving at the great crisis of March, the army, police and border guards had to work together to defend the borders and prevent these migratory pressures on both the river and the Kastanies region. However, the communication and coordination we had with our colleagues in previous months was successful. The Army, Police and Fire Brigade in Kastanies, during the immigration pressure of March, worked in an excellent way.

Were the migrants pushed to Greece by Turkey?

“What we saw from the first moments was that there was encouragement from the Turkish side for these immigrants to arrive. They were not Syrian refugees (although a small number of refugees was among them). They were initially told that Greece’s borders were open. So they wanted to send as many people as possible and break our borders, entering Greece and Europe.

It was not easy to prevent these pressures. It was clear to everyone – that this mass migration pressure, was not only intended for Greece but for Europe as well.

The messages of support we received from the Greek diaspora were overwhelming. We all gained more confidence and endurance to guard our country’s borders. We have stayed and we will stay in the front line to prevent any threat.

Share
Facebook
Email
Twitter
Pinterest
Linkedin
WhatsApp
Viber
Print
Previous articleOpinion: Is it time for Greece to ditch summer tourism and explore other options?
Next articleGreece to reclaim ancient horse from US after court ruling