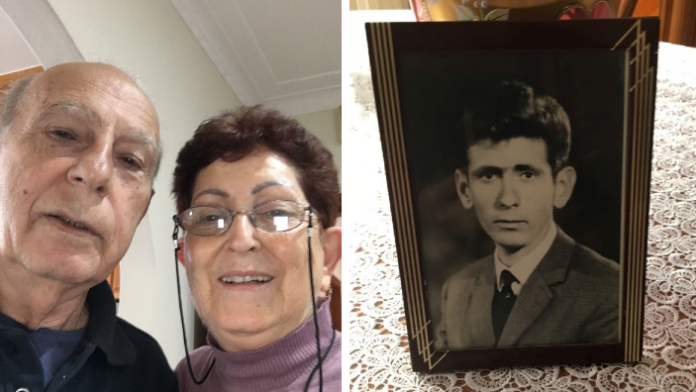 On the morning of July 20, 1974, in the Cypriot town of Morphou, Charalambos Kokotsis was lying in bed listening to the radio when something unexpected happened.

“When the radio opened, the first thing they said was good morning, then what time the sunrise and sunset was, and then they put the music on for exercise,” Charalambos, who was 24 years old at the time, tells The Greek Herald exclusively.

“But suddenly they said they would stop the program because they had a special announcement. They said Turkey had invaded Cyprus and called everyone to go and serve for the country. Everybody ran out.”

Charalambos, along with his two brothers, were among those who went to fight against the Turkish army. He says it was scary as they were trying to say goodbye to their families and organise their weapons.

“I get my car and I go to a place close to Nicosia and I present myself. Many, many people were going there and everybody says, ‘give us a gun, give us a gun.’ The officer who was there says, ‘I’m sorry we haven’t got enough guns for everyone’,” Charalambos explains.

“It was scary. You don’t know what’s going to happen. Too many things pass through your mind at the time.”

From this time, Charalambos is still able to recount one frightening incident where he, his best friend and fellow Cypriots were sent to a village to stop the Turks who were advancing from the hills.

Once there, everyone quickly stopped to wash themselves and fill their water bottles at a nearby house because it was a hot day. The Turks, meanwhile, were planning their next move.

“I went there [to the house], I wash myself, I fill my bottle and I get out. The last one there was my friend. But when I got out, I saw little chickens in a tunnel and I felt sorry for them because I thought, ‘they’re going to die.’ So I go back to the room and I look for food and I found a bag of wheat and I fed the little chickens,” the now 71-year-old remembers vividly.

“After doing that, maybe for about 20-30 seconds, I hear a bomb. I get out and I start running… I saw people die… My friend had blood running from his head to his neck.”

Charalambos was able to get his friend to a hospital to be treated for serious wounds and he says it was in that moment, while holding his friend’s helmet, that he came to an important realisation.

“I didn’t have a helmet on my head that day. If I was in his position, which I was supposed to be, I would’ve died. But when I went back to the room for the little chickens, that protected me,” he says with tears in his eyes.

Family reunion and moving to Australia:

This tale of survival saw Charalambos begin a journey to reunite with his family and fiancé. He didn’t return to the army camp that night as he found out his village had already been invaded by the Turks and he was worried about everyone he had left behind.

But luckily, after a long and dangerous journey, he was able to track down his fiancé, parents and in-laws in the mountains in the village of Lagoudera.

“They were in a store house, a big room, with maybe 25 people in there – young kids, fathers and grandfathers. It was amazing,” Charalambos says.

Over the next few months, Charalambos stayed in the mountains with his family until they returned to Limassol. Once there, Charalambos not only got married, but he was also forced to complete his army service for another 60 days to receive a completion certificate and leave the country.

Eventually, he applied to the Australian Embassy in Cyprus to go to Australia with his wife. They arrived in their new homeland in July 1976.

“We came to Australia and we had hope. But we were not speaking any English because I only finished primary school. My English was yes or no and I could count from one to ten. So what do you expect? To get the best job as a boss? You have to get the worst job in the factory,” he explains.

Despite having to work irregular hours, Charalambos says his life in Australia has still been very fruitful and he feels lucky.

‘I found the bones of your brother’:

In fact, some people might say Charalambos is luckier than most. That’s because he recently received some shocking news about his older brother, who went missing after leaving his wife and three children behind to fight during the Turkish invasion.

During investigations carried out by the Red Cross in Turkish-occupied areas of Cyprus, they were able to find the bones of Charalambos’ missing brother after 36 years.

“On the grave where they found my brother, there was seven Greek people. Most of them were 20, 21, 22 years old. The oldest one was my brother at 31 years old… and in his pocket, he had his driver’s license,” Charalambos says in disbelief.

“They took them from the grave, it took them four years to do the DNA and after that they phoned the relatives of my brother, his son.

“I get a call from my nephew and he says to me, ‘uncle, I found the bones of your brother and we’re doing the funeral on Saturday’.”

Charalambos was able to visit Cyprus to attend the funeral and although it provided him with a small sense of closure, he says he’s still disappointed with the way his brother’s death was handled.

“If the priest who buried my brother and the others… knows the place where he buried them, why didn’t he get their names? They have families, they have fathers, mothers, brothers, sisters. They should get their name and inform the government and their relatives,” he stresses.

“But nobody approaches you. Nobody tells you anything. There’s no support. Nothing. That is the biggest complaint I have.”

Powerful words from a man who has clearly endured plenty of happiness but also loss, and just wishes to see more Cypriot families reunited with their loved ones as well one day.