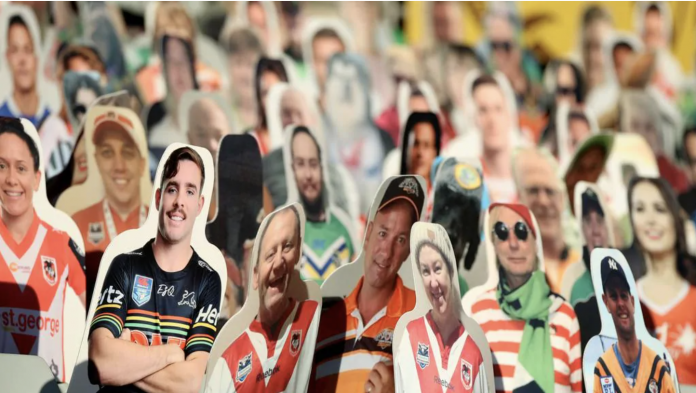 Fans are set to be allowed to attend NRL games in small groups from next week, after the league reached an agreement with the New South Wales Government.

Groups of up to 50 will be allowed in corporate boxes in NSW stadiums, adhering to the rules around having one person per four square metres.

There was initially a plan to have crowds back by July 1, but ARL Commission chairman Peter V’landys argued the reopening of pubs and bars in the state meant fans should be allowed back into stadiums in limited numbers.

“We’ll have the same rules apply to us for pubs and clubs, that’s 50 people per catering area as long as it is four square metres per person. So if you have eight or 10 catering areas, as long as it has four square metres a person you can have up to 500 people in a stadium. So hopefully we can get a few people there from next weekend,” V’landys told News Corp Australia.

“But it’s the same rules as pubs and clubs, so there has to be food and beverages and fans have to be seated.”

Before the NRL can decide exactly which fans will be lucky enough to end live games, a biosecurity plan outlining how crowds will be dealt with must be approved by the government.

Read More: Peter V’landys lashes out at match officials for threatening to go on strike

“We have to outline our biosecurity plan and that will be done next week with the government. We’ll also talk to all clubs next week about who should be able to attend the live games,” V’landys said.

Venues such as Bankwest Stadium have multiple boxes and lounges that can be split into different sections on top of their corporate boxes, meaning the number of attendees could be able to climb much higher.

The move will allow club sponsors to return to matches, with the ruling applied only to food and drink areas such as corporate suites.

The rules will only apply to NSW-based matches.

The news comes as a big win for struggling clubs, who are doing their utmost to fulfil sponsorship deals through the coronavirus pandemic.

Meanwhile, the NRL and stadiums are continuing to map out their plans for a return to crowds.

Much work has already been done at Bankwest Stadium on traffic flow with the entry and exit points of the ground. A ticketing system is planned to ensure fans are spaced out appropriately between seats.