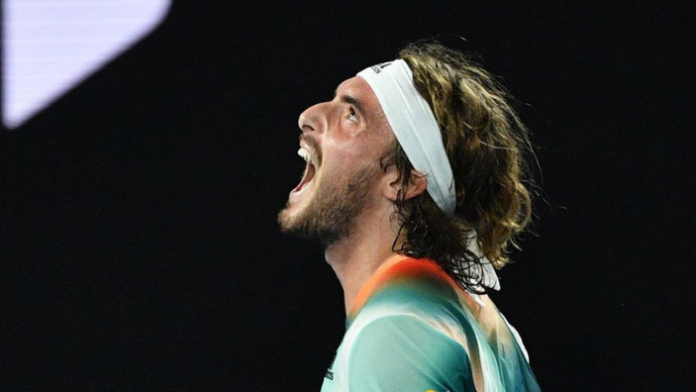 Greek fourth seed, Stefanos Tsitsipas, survived a gruelling fourth-round battle with American, Taylor Fritz, on Monday, twice coming from a set behind to win 4-6 6-4 4-6 6-3 6-4 and reach the Australian Open quarter-finals.

At just past midnight on Rod Laver Arena, the Greek ended Fritz’s resistance to set up a clash with Italian Jannik Sinner. He will be seeking to reach the semi-finals at Melbourne Park for the third time in his career.

Tsitsipas looked edgy at times but his greater experience on the big stage eventually showed as he got the decisive break in the fifth set before claiming victory.

Fritz, playing in his first Grand Slam fourth round, converted only two of his 15 break points and will rue a missed opportunity to become the first American male to reach a Grand Slam quarter-final for two years.

“It was an epic match that’s all I can say, I gave everything out there on the court today,” Tsitsipas said after his match.

“I’m proud of the way I fought.

“I’m overwhelmed. It’s too good to be true. I knew it was going to be physical, and I knew I had to be patient and in the end it paid off.”