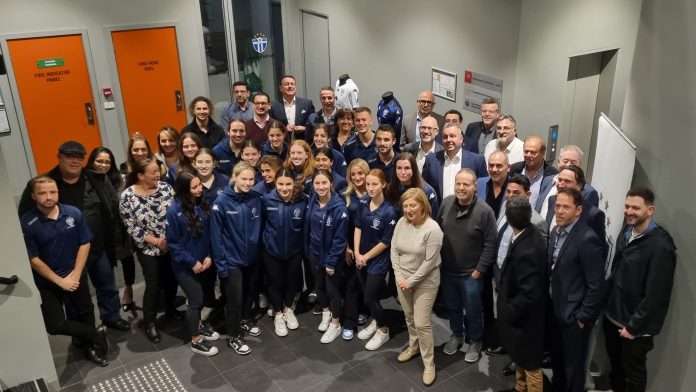 South Melbourne FC held a Player Auction and Sponsor Night on Thursday at 1959 Bar and Grill.

The packed event was attended by a number of distinguished guests, Club management, sponsors and representatives from football organisations including Peter Filopoulos from Football Australia and Nick Hatzoglou from Football Victoria, among many others.

The night also brought together all four of the Club’s senior teams under the one roof for their first function together, including mens, women, powerchair and newly formed blind football team.

In a speech on the night, Club President, Nicholas Maikousis, thanked everyone for attending and supporting the club throughout a number of tough years.

Mr Filopoulos spoke next and referred to his ties to South Melbourne FC and how his professional football career kick started at the Club. He also applauded Football Australia’s plans to reorganise Australia’s football leagues.

Mr Hatzoglou was last to the stage and congratulated South Melbourne FC for the creation of their powerchair and newly formed blind football teams.

At the conclusion of the event, an auction of the players’ jerseys was held and over $100,000 was raised.