Sakkari, Tsitsipas advance to quarterfinals at Tokyo Olympics and will play the Aussies 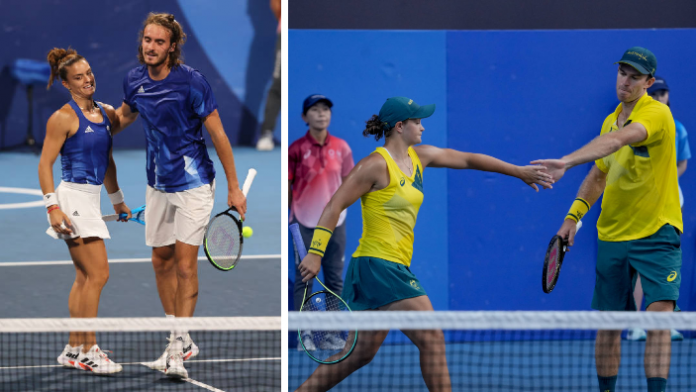 Greek tennis stars, Maria Sakkari and Stefanos Tsitsipas, will advance to the mixed doubles quarterfinals at the Tokyo Olympics after a win against the Canadian duo, Gabriella Dabrowski and Felix Auger Aliassime, on Wednesday.

On paper, the Canadians kept pace with the Greeks throughout the match. Both teams made 14 unforced errors while the Canadians never double-faulted, had two service winners, and had the edge on first serve.

But ultimately the Greek pair came out on top with a score of 6-3 6-4.

The win was a proud moment for both Sakkari and Tsitsipas, after both were knocked out of their singles competition.

Tsitsipas had just lost a singles match to Ugo Humbert of France earlier in the day, where he sustained an ankle injury.

Share
Facebook
Email
Twitter
Pinterest
Linkedin
WhatsApp
Viber
Print
Previous article‘Life became divided into before and after’: Gillian Bouras’ life as an expat writer 40 years on
Next articlePeloponnese villages ordered to evacuate as fires burn on the outskirts of Patras